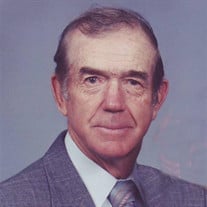 Willis Dale Dix, age 87, passed away peacefully Friday, March 20, 2015 at Mayo Clinic Health System – Menomonie, surrounded by family. He was born Nov. 10, 1927 in the Town of Red Cedar, Dunn Co. WI the son of Harry C. and Leola R. (Norgaard) Dix. He was a lifelong resident of the Menomonie area, farming his whole life on the Dix home farm, on the Rusk Prairie. Willis graduated from Menomonie High School in 1945. He enlisted in the U. S. Navy upon graduation and served from 1945 to 1947 during W.W. II. He was Seaman 1st Class (Fireman) on the USS Damato DDE. After his service in the Navy, Willis attended the University of Wisconsin- Madison Short Course. He then returned to the family farm where he successfully farmed and raised Registered Holsteins. He had his final herd dispersal in 1988, but continued to own Registered Holsteins until his death. On Oct. 30, 1951 Willis married Mary Lynn Kothlow at the Methodist Church in Menomonie. Together they raised three children, Robert, Sally and Sara. They were happily married for 63 years. Willis was an avid hunter, Menomonie High School and Wisconsin Badgers sports fan. He was a collector of agriculture memorabilia, and a super fan of the Dunn County Fair and Colfax Open Dairy Show. Willis is survived by his wife, Mary; children, Robert (Carla), Sally, and Sara (Steve) Dix-Brantner; grandchildren, Shawn and Steven Styer, Josh, Jenna, Brooke and Connor Brantner; plus step-grand, great-grand; and great-great-grandchildren as well as other relatives and friends. He was preceded in death by his parents, Harry in 1988 and Leola in 1989, his brother Richard in 1939 and an infant sister Mary. A Memorial Service will be held at 11:00 a.m. Wednesday, March 25, 2015 at the United Methodist Church in Menomonie with Pastor Wendy Slaback officiating. Military Honors will be conducted by Menomonie Veterans Honors Guard. There will be visitation from 4:00 to 8:00 p.m. Tuesday at Olson Funeral Home in Menomonie and at the church one hour prior to the service on Wednesday. Burial will be in Evergreen Cemetery in Menomonie at a later date. “Willis, your chores are done.”

The family of Willis D. Dix created this Life Tributes page to make it easy to share your memories.