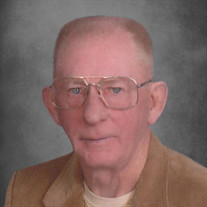 Retired Wisconsin State Trooper and well-known community organizer Wayne R. Wilson died peacefully on May 25th, 2022 after a longtime battle with COPD. He is reunited with his wife Mary Jo, on what would have been their 59th Anniversary. He was 79. Wayne was born in Winona, MN on Oct. 6, 1942, to parents Marjorie and Percy Wilson. As Wayne entered his school-aged years, the family moved to Cumberland, WI. He attended a small rural school of all ages (Bergman School) and in 1960, graduated from Cumberland High School. While Wayne worked briefly at 3M, first as a contractor building the plant, and then later as a 3M employee, his longtime career was with the Wisconsin State Patrol. Fresh out of the academy, Wayne began to patrol the state’s highways and roads in April 1969. A stickler for precision, he could probably have told us the specific day and hour. His early years were spent mostly along I-94, with a focus on the last stretch of the interstate to open in Jackson County. A year later, he was granted a hardship transfer to Dunn County, where he worked until he retired. Wayne was a no-nonsense trooper with a keen eye for overweight freight and a deep commitment to ensuring safety on the roads. Like many of his law enforcement colleagues, he rarely spoke of his most difficult cases, but he took great (albeit humble) pride in serving others. This service often went beyond basic trooper responsibilities. Wayne had a particular talent in identifying – and creatively solving – community issues. A longtime and devoted member of the Kiwanis Club in Menomonie, Wayne began to develop a lengthy list of local projects and accolades in 1984 when he agreed to take on oversight of the Phil Johnson Paper Project, which evolved into “Operation York” and the “Youth Organized for Recycling.” Under Wayne’s leadership, the already successful program flourished. He expanded operations by arranging for telltale Kiwanis yellow collection shacks to be built across the area and partnered with young people who picked up donated paper in exchange for market wages. The initiative, credited one year with shipping a record-setting 420 tons of paper for recycling, won the Kiwanis Club both state and national awards. Later, Wayne applied this community service spirit and ingenuity to help develop the “Hunters Against Hunger” program in Dunn County, which helped to stock the local food pantry and feed those in need. The program was so successful it became the model for a statewide initiative by the same name, still operating today. By far, however, Wayne’s most recognized accomplishment came in the form of an inspiration he had while enforcing weight limits on the state’s highways. As a trooper, Wayne was responsible for ensuring that all freight trucks complied with limits. If their load was too heavy, truckers would have to pull over and sell or discard their excess goods, much of which was perishable food and produce. Wayne created what started as the modestly named “Food Pantry Project” and later became “Operation Helping Hand,” leveraging his employment with the State Patrol with his strong community-based relationships and good rapport with the trucking industry. Instead of wasting this food, the frugal-thinking trooper arranged for any interested trucking companies to donate their excess goods to local food pantries and receive a tax-deductible receipt to submit to the IRS. One such transaction yielded a local potato rush, when a trucking company had three semi-truck, or 143,000 pounds, of potatoes to distribute. Within seven minutes (again a stickler for precision), Wayne had the supply going to three locations. Later in the day, he arranged with the radio station to invite folks to pick them up. Much to Wayne’s surprise, the effort resulted in local and then national media attention. In the weeks before his death, he recalled watching the CBS Evening News with his wife, astonished to see his “ugly mug” show up next to the newscaster’s. The program also earned him a letter of recognition from Pope John Paul II in 1992, followed by the Wisconsin Troopers’ Golden Bear Award for Trooper of the Year in 1994. Wayne retired from the State Patrol on July 7, 1995, after 28 years of service. In addition to work and community, Wayne loved his family. He married his sweetheart, Mary Jo Templeton, May 25th 1963 after the two fell in love at a local roller-skating rink. The couple had two children, Kelly (Kiril) Kustief and Patrick (Angela) Wilson. He was a proud grandfather to 5 grandchildren; Kevin and Kalon Kustief and Adam, Maisah and Trey Wilson. He was preceded in death by his wife, Mary Jo and his parents. A celebration of Wayne’s life will be held on Friday, June 17th at 4:00p.m. at the Menomonie United Methodist Church in Menomonie, with Pastor Wendy Slaback and Pastor Craig Conklin officiating. A visitation will be held 2 hours prior to the service and a time of fellowship will follow the service. In lieu of flowers or gifts, his family requests that donations be made in his memory to – and consistent with his life of service to The Wisconsin Troopers Benevolent Foundation or Kiwanis International. Olson Funeral Home in Menomonie, WI will be serving the family.

Retired Wisconsin State Trooper and well-known community organizer Wayne R. Wilson died peacefully on May 25th, 2022 after a longtime battle with COPD. He is reunited with his wife Mary Jo, on what would have been their 59th Anniversary. He... View Obituary & Service Information

The family of Wayne R. Wilson created this Life Tributes page to make it easy to share your memories.