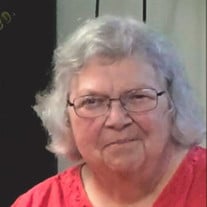 Virginia M. Hendrickson, age 68, of Menomonie, WI passed away Sunday, Oct. 8, 2017 at Mayo Clinic Health System – Eau Claire. Ginny was born in Baraboo, Wisconsin to Earl and Margaret Fuchs on May 21, 1949. She graduated from Sauk Prairie high school in 1967, then went on to nursing school at Saint Mary's School of Nursing in Madison Wisconsin and graduated in 1972. The majority of her nursing career was at Luther Hospital as a critical care nurse. Taking care of people is what she enjoyed the most. She retired in 2011. Ginny volunteered many years at what is now Stepping Stones in Menomonie where she met some very good friends. In 1974 she married Orville E. Hendrickson Jr. They raised 2 children, Steven and Erika and built a home on Orville's parents land in Menomonie. After retirement Ginny became a care giver to her husband Orv until he passed away January 21, 2017. She also enjoyed spending time with and taking care of her granddaughter Alisyn every Monday which she referred to her as her “sweetie pie.” Ginny enjoyed watching the Wisconsin Badgers but especially enjoyed watching her Green Bay Packers. Also rooting for anyone that was playing against the Vikings. Every year she attended the Air Force Reunion in New Mexico with her husband Orville. She even recently went this past September in Orville’s Memory. She will be missed by all, just remember to smile. Ginny is survived by her mother Margaret, children Steven Hendrickson and Erika Johnson; grandchildren, Christopher (Krystal) Knappmiller, and Alisyn Johnson; great granddaughter Jenna Knappmiller; sister Anita Hendrickson, brother-in-law Bob (Sue) Hendrickson, niece Dawn, nephew Rob, and many family and friends. She was preceded in death by her husband Orville and father Earl. The family would like to thank Menomonie Fire Department, Mayo Clinic Health System-Red Cedar and Mayo Health System in Eau Claire for all of the wonderful care she received. In lieu of flowers the family would like donations sent on Ginny's behalf to Stepping Stones in Menomonie or American Society of Hematology. Memorial Services will be held at 2:00 p.m. Thursday, Oct. 12, 2017 at Olson Funeral Home in Menomonie, with Father James Kurzynski officiating. There will be visitation at the funeral home from noon until the time of the service. Burial will be in Cedar Falls Cemetery in the Town of Red Cedar, Dunn Co. WI.

The family of Virginia Hendrickson created this Life Tributes page to make it easy to share your memories.