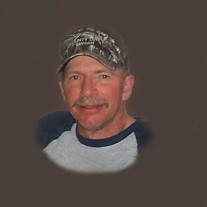 Tim H. Mittlestadt Sr., age 57, of Knapp, Wisconsin, died unexpectedly, Wednesday, March 15, 2017. Tim was born August 31, 1959 in Menomonie, Wisconsin to Howard and Sandy (Jobes) Mittlestadt. He grew up in Knapp and graduated from Menomonie High School in 1977. He also attended technical college to become a deputy sheriff for Dunn County, Wisconsin. On August 28, 1993 he married Sue Matson at United Methodist Church in Knapp. Tim and Sue built multiple companies together and had three children. He owned and operated ABC Septic Service for many years and had Bowman Plumbing for a few years. He had many job titles; he passes the businesses down to his children, where they will run it with pride, knowing a business that he built so wide and has so many great customers to carry on his legacy. Tim was a hard worker and a devoted husband, father and grandfather. He and Sue enjoyed traveling to Laughlin, Nevada every year. They spent most of their weekends visiting the cabin by Cumberland, Wisconsin. He also enjoyed spending time with his grandchildren, hunting, fishing, and riding the ATV on trails. Tim is survived by his wife, Sue Mittlestadt of Knapp, WI; his children, Tim Mittlestadt Jr., Becky (Ben) Luer of Menomonie, WI and Jeff Mittlestadt of Knapp and three grandchildren, Conley Luer, and Thomas and Bree Mittlestadt and a daughter from a previous marriage, Katrina (Chris) Bastyr, grandchildren Chloe and Kaden Bastyr of Lino Lakes, Minnesota, his parents Howard and Sandra Mittlestadt of Knapp, brother Randy (Shelly) Mittlestadt of Knapp, nephews Shawn (Christina) Mittlestadt and family, Joe (Jeana Feazel) Mittlestadt and Steven (Jess) Mittlestadt , and several nieces and nephews as well as other relatives and friends. He was preceded in death by his Father-in-law, Don Matson, Uncle Joy and Aunt Arlene Mittlestadt and grandparents. A celebration of life service will be held at 11:00 am, Wednesday, March 22 at Olson Funeral Home in Menomonie, Pastor Joanne Wendt will be officiating. Burial will follow at Teegarden Cemetery then a luncheon at the Knapp Town Hall. Friends may call from 4:00 until 8:00 p.m., Tuesday at the funeral home.

The family of Timothy H Mittlestadt created this Life Tributes page to make it easy to share your memories.