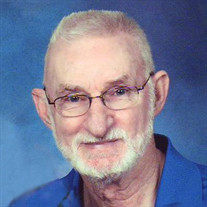 Thomas M. Mason Sr., age 77, of Menomonie, WI passed away Wednesday, Oct. 28, 2015 at Our House Assisted Living, surrounded by his wife, children and grandchildren. He was born August 15, 1938 in Sturgis, SD to Allen and Mary Ann (Keller) Mason. He later moved with his family to Idaho where he was raised. Tom served in the U.S. Army in Alaska, in the early sixties. After his discharge from military service Tom enjoyed racing stock cars, earning many trophies. In 1969, Tom began his career as a hard rock miner in northern Idaho until the mines shut down in 1982. During that time he met the love of his life Esther Witt. Esther and Tom were married on January 14, 1972. During the 43 years they were married, they raised a daughter, Heather and two sons, Tom Jr. and Shawn. After the mine closed Tom and his family moved to Wisconsin where Tom worked as an over-the-road truck driver to support his family. Looking to spend more time at home, Tom began working at Menards in 2000 retiring in 2009. Tom and his family had many bowling adventures together, spending most weekends together at bowling alleys. As Tom grew older his bowling passion continued with his sons. Tom, Tom Jr. and Shawn were participants in many bowling leagues and the Amateur Bowlers Tour. Tom is survived by his wife Esther; daughter Heather (Scott) Bluedorn of Black River Falls; and two sons, Tom Jr. (girlfriend Heather Benson and her children Chance, Dante, Grace and Hadley) of Menomonie and Shawn of Sioux Falls, SD; five grandsons, Jeffrey, Sean, Bradley, Benjamin and Bryan Bluedorn; he is also survived by other relatives and friends. Tom will be dearly missed his family and friends. He was preceded in death by his parents, Allen and Mary Ann; and siblings, Charles of Wyoming, Leroy of Minnesota, Bernard of Idaho, Francis of Idaho, Allen of Montana, Mollie of Idaho and two infant sisters. Tom’s family would like to thank the staff and management at Our House Assisted Living and Mayo Home Health and Hospice for their care and support. A Memorial Service will be held at 6:00 p.m. Monday, Nov. 2, 2015 at Olson Funeral Home in Menomonie, with Pastor Jeanne Warner officiating. Military Honors will be conducted by Menomonie Veterans Honor Guard. There will be visitation from 4:00 p.m. until the time of the service on Monday. Burial will be in Days Cemetery in Idaho at a later date.

The family of Thomas M. Mason Sr. created this Life Tributes page to make it easy to share your memories.