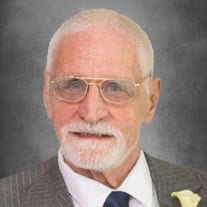 Thomas L. Krook, age 75, of Menomonie, WI, died from post-surgery complications on Saturday, June 11, 2022, at Luther Hospital in Eau Claire. He passed peacefully, surrounded by his family. Tom was born October 15, 1946, in Minneapolis to Merrill “Nook” and Gertrude (Klawitter) Krook. He graduated from Minneapolis Edison High School in 1964. He continued his education at the University of Minnesota, where he earned a Bachelor of Science degree in 1973 and a Master of Science in 1974. Also in 1974, Tom moved from Minneapolis to Menomonie. In 1977, he turned his homebuilding experience into a small construction company, Thomas Brothers Construction. The company grew over the next 20 years and included rental housing throughout Menomonie and a large self-storage warehouse business, one of the first in the area. Tom was a kid at heart who knew how to have fun. Years ago, he played volleyball and was an avid golfer with a 1-handicap. He took his kids tent camping when they were young, and he always enjoyed fishing and hunting. His Minnesota roots meant he cheered for the Vikings, Twins, and Gophers, and he loved attending the Minnesota State Fair. He had a passion for aviation. He earned his pilot’s license and owned two airplanes in the late 1960s/early 1970s. Other toys he enjoyed over the years included ATVs, motorbikes, cool cars, and cabin cruiser boats. He also loved time in the sun with friends and loved ones. He took tons of vacations to Florida, Las Vegas, California, Aruba, Cayman Islands, Jamaica, and Bahamas. A proud father of four children and grandfather of three, Tom was very involved in the lives of his kids and grandkids. He was always there to cheer them on at athletic events, art shows, concerts, and plays, as well as birthdays, weddings, and other milestone events from grade school to high school, through college and beyond. Besides spending time with family, his favorite pastimes in recent years included visiting the library and reading, passionately following national and world news, and tending the giant tomato plants in his garden. Tom is survived by three children, John (Jen) Krook of Farmington, MN, Michelle (Tony) Kujawski of Minneapolis, MN, Jackie (Carlos) Concepcion of Los Angeles, CA; three grandchildren, Emily Krook, Alex Krook, and Nora Kujawski; and one brother, James (Sue) Krook. He was preceded in death by his parents Nook and Gert; and one son, Thomas A. Krook; as well as many beloved pets, including Candy, Sagan, Frazier, Deja, Molly, Max, and Mason. A celebration of Tom’s life will be held from 1-4 p.m. Sunday, June 26, 2022, at Jake’s Supper Club in Menomonie. In lieu of flowers, the family asks that charitable donations be made to: Thomas Andrew Krook Memorial Scholarship: https://cfdunncounty.org/give/donate/ Community Foundation of Dunn County 800 Wilson Ave, Suite 235 Menomonie, WI 54751 715-232-8019

The family of Thomas L. Krook created this Life Tributes page to make it easy to share your memories.