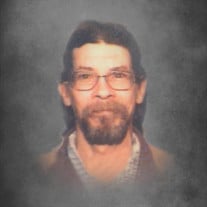 EAU CLAIRE, WISCONSIN – Steven Gary Bauer, age 64 passed away Sunday, July 4th at his sister Janet’s home where he resided for the last five years. He had a long, rough 9-month battle with lung and brain cancer before it consumed his life. He leaves behind his two children; Ryan Bauer (Amber), and Melissa “Missy” Amend (Jesse), along with seven grandchildren. He also leaves behind two brothers, Robert “Bob” Bauer (Kim), and James “Jim” Bauer (Kathy), his four sisters; Delores Falkner (Sylvan), Carol Sather (Larry), Marjorie Lewison (Tim), and Janet Shaw, and many nieces and nephews. He was preceded in death by his father Alphonse A. Bauer, his mother Eunice Eula (Wilcott), his brothers Jerry, Al and Ron, his sisters Darlene Falkner (Raymond), and Nancy Yarrington who passed away on July 1st, 2021. He was also preceded in death by his good friend Dave Washburn “Shorty” whom he lived with for 12 years prior to moving to his sister Janet’s house in rural Menomonie. Steve was a caring, gentle spirit, with a great sense of humor, everyone he met loved him. In his early years he was an amazing sketch artist and could sketch anything from cars, animals and even a life like portrait of John F Kennedy, up until his eyesight robbed him of that gift. He was a hard worker and worked many years as a Laborer, the most recent being a Baker at Holsom Bakery, and then at Menards as a Lead in the Steel Plant Division. Visitation will be held from 5pm until 7pm, Thursday, July 8, 2021, at Olson Funeral Home, 615 Wilson Avenue, Menomonie, WI 54751, with a memorial service to follow. A Celebration of Life will take place at a later date and will include his sister Nancy Yarrington from Florida that passed away three days prior to Steve’s passing. May they both rest in peace. Memorials in Steve’s name are preferred to either “Guiding Eyes for the Blind” or “St Jude’s Children’s Hospital”.

EAU CLAIRE, WISCONSIN &#8211; Steven Gary Bauer, age 64 passed away Sunday, July 4th at his sister Janet&#8217;s home where he resided for the last five years. He had a long, rough 9-month battle with lung and brain cancer before it consumed... View Obituary & Service Information

The family of Steven G. Bauer created this Life Tributes page to make it easy to share your memories.