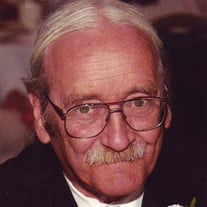 Stephen F. Muza, age 63, of Menomonie, WI passed away Monday, May 4, 2015 at home, after a courageous fight with cancer. Stephen was born Feb. 26, 1952 in Menomonie to Robert and Donna (Donley) Muza. He grew up in Menomonie attended Regis High School and St. Mary’s University in Winona, MN attaining a bachelor’s of arts degree in Political Science. He then attended John Marshall Law School in Chicago, IL graduating in 1979. On Nov. 9, 1974, Stephen married Robin Hahn in La Crosse, WI. After his schooling, Stephen returned to Menomonie and practiced law until his death. He was an advocate for all in need of representation. He truly believed everyone, no matter their ability to pay, deserved a defense. Stephen was an avid golfer and pool player and will be missed by his fellow team mates. He loved the outdoors, and camped through a great deal of the western states. He was also a talented artist whose love of the outdoors is depicted in his water colors. Stephen is survived by his wife of 40 years, Robin; his sons, Rick (Lori) and Matthew (Ashley); daughter Katte; three grandchildren, Alexa, Ivy and Madi as well as his brothers, Robert (Kathy) and John (Mary); and his sister Mary (Wes) Wibel. He is further survived by nieces, nephews, great-nieces, great- nephews and friends. He was preceded in death by his parents, Robert and Donna Muza. Funeral services will be held at 11:00 a.m. Thursday, May 7, 2015 at St. Joseph’s Catholic Church in Menomonie. There will be visitation from 4:00 to 7:00 p.m. Wednesday at Olson Funeral Home in Menomonie and at the church one hour prior to the service on Thursday. A private burial will take place at a later date. Memorials are suggested to St. Joseph’s School or Dunn County Humane Society.

Stephen F. Muza, age 63, of Menomonie, WI passed away Monday, May 4, 2015 at home, after a courageous fight with cancer. Stephen was born Feb. 26, 1952 in Menomonie to Robert and Donna (Donley) Muza. He grew up in Menomonie attended Regis... View Obituary & Service Information

The family of Stephen F. Muza created this Life Tributes page to make it easy to share your memories.