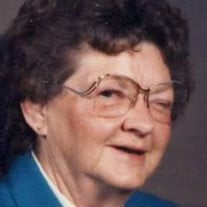 Ruth Anna Tappon Ruth Anna Tappon, age 92, of Menomonie, WI, passed away on Tuesday, January 13, 2015 at Comforts of Home in Menomonie. She was born on November 4, 1922 in the rural community of Exeland. She attended high school in Ladysmith; she boarded with another friend from the Exeland area for all four years of high school. After receiving her high school diploma, she moved to Chicago to live with relatives. She obtained training and a job with Bell Telephone Company, working as both a domestic and international telephone operator during World War II. While in Chicago, she became re-acquainted with high school classmate, Milo Tappon; they were married in Chicago on August 15, 1945. While he completed college at the University of Michigan, she continued to work for the telephone company. They lived in several Wisconsin towns prior to moving to Menomonie in 1958. As a wife and mother of four children she had a busy house to run. As her family grew, she attended nurse’s aide training through Memorial Hospital and worked as an aide for them. When the Dunn County Care Facility opened, she was asked to join the staff because of her skills working with patients. Ruth enjoyed anything family related; the camping trips each summer, visits from family, her Menomonie friends and church activities. She was a member of Our Savior’s Lutheran Church and more recently, New Life Lutheran Church. In retirement, she and Milo loved travelling to Norway with family or friends, always in search of Norwegian ancestry. Ruth’s main focus was her family. She was a wonderfully kind and loving wife, mother, grandmother and friend. Those who knew her enjoyed her laughter and kind-heartedness. Her gentle support and sense of humor will be missed by all who knew her. Ruth is survived by her husband, Milo, daughter Janet (Dennis) Helwig of Verona, WI, son Wayne (Karen) of Ladysmith, WI, son Terry (Cathy) of Ladysmith, WI, and daughter Debra (Jeff) Berg of Waukesha, WI. In addition, grandchildren: Christopher, Sarah Foss (Joe), Elizabeth Narvaez (Tito), Casey Galgon (Ryan), Kelly Berg and Lindsey Berg as well as step-grandchildren Stephanie Samardzich, Kip (Jill) Samardzich, and Serena (Jerry) Ewer, and four great grandchildren. She is preceded in death by her parents, brother and a granddaughter. The family wishes to extend heartfelt thanks to the entire Comforts of Home Memory Care staff for their loving and respectful care, as well as her physician, Dr. Rosas, the Bloomer Hospital staff, and the hospice team. Funeral services will be held at 11 AM Monday, January 19, 2015 at Olson Funeral Home in Menomonie with Reverend Roy A. Harrisville III officiating. Family and friends are welcome one hour prior to the service for visitation and are invited to stay for a lunch at 11:45. A family burial will be held in Ladysmith, WI.

Ruth Anna Tappon Ruth Anna Tappon, age 92, of Menomonie, WI, passed away on Tuesday, January 13, 2015 at Comforts of Home in Menomonie. She was born on November 4, 1922 in the rural community of Exeland. She attended high school in Ladysmith;... View Obituary & Service Information

The family of Ruth A Tappon created this Life Tributes page to make it easy to share your memories.