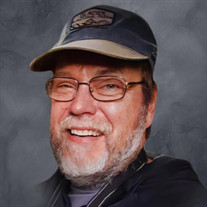 Ronald John Schultz, 52, passed away at his home near Boyceville, WI on August 1, 2021, after a courageous four-year battle with cancer. Ron was born on November 8, 1968, in Chicago, Illinois. His parents are Jonathan and Suzanne (Thatcher) Schultz. Ron married the love of his life, Melissa (Missy) Hellendrung on May 15, 1993, and together raised their two children, McKenzie (Tyler) Schultz-Draeger and Tyler Schultz whom Ron was very proud of. Ron graduated from Boyceville High School in May 1987 and spent one year at UW-Stout. During his earliest school years, he attended schools in Colorado, Wyoming and Nevada, attending a Native American school for a few months. He enjoyed fishing with his son Tyler each year during their annual camping adventure to the Chippewa Flowage with their “chosen” family, Doug, Heidi, Kayla and Ethan Hanson. Ron was a great cook, and made the gravy for every Thanksgiving meal, as well as wonderful meals on the charcoal grill for many cookouts. Ron left his mark on many people’s lives in the Knapp area. Ron was the owner of The Carriage Shop and was well known as a great mechanic with a big heart that could fix anything from a rototiller to a semi-or maybe an airplane! He was considered by all as a hard-working man who would do anything for anyone to ensure that their vehicles would run and get them to their destinations safely at the lowest cost possible-all accomplished with a smile He is survived by his wife Missy, his two children McKenzie (Tyler) Schultz-Draeger, Glenwood City and Tyler Schultz, Boyceville; his parents Jonathan and Suzanne Schultz, Downing, brother, Eric (Roberta) Schultz, Downing, Mother In-Law Sherrie (Hedlund) Hellendrung, Boyceville, sisters and brother’s in-law, Julie (Paul) Behling, Lori (Dale) Behling, all of Boyceville, aunts and uncles, nieces, nephews and cousins. and many friends. Ron had a special way with animals his whole life and leaves behind his loyal fur babies, Marley his “live in” Grand pup, Shiloh the watchdog, Rufus and Jax, grand pups. Ron was preceded in death by infant sister, Rashell, father-in-law Douglas Hellendrung, grandparents John and Genevieve (Schroeder) Thatcher and Grant and Victoria (Kozub) Schultz. A Memorial Service will be held at 12:00 p.m. (noon) Thursday, Aug. 5, 2021, at Olson Funeral Home in Menomonie, with Pastor Tim Vettrus officiating. There will be visitation from 10:00 a.m. until the time of the service at the funeral home. A celebration of life will follow at Knapp Memorial Park. “The best portion of a good man’s life is his little nameless, unremembered acts of kindness and love.” William Wordsworth, poet.

Ronald John Schultz, 52, passed away at his home near Boyceville, WI on August 1, 2021, after a courageous four-year battle with cancer. Ron was born on November 8, 1968, in Chicago, Illinois. His parents are Jonathan and Suzanne (Thatcher)... View Obituary & Service Information

The family of Ronald J. Schultz created this Life Tributes page to make it easy to share your memories.

Ronald John Schultz, 52, passed away at his home near Boyceville,...