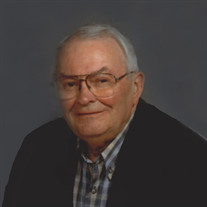 Ronald Lee Jacott, age 84, of Menomonie, WI, long time resident of Duluth, MN died Sunday, August 27, 2017 at The Neighbors of Dunn County in Menomonie, WI. Ron was born on February 23, 1933 to Earl and Margret (Andersen) Jacott in Duluth, MN. He attended Chester Park Elementary School, Duluth East Junior High and graduated from Duluth Central High School in 1951. Following High School, Ron achieved a degree in Business from UMD and also completed the ROTC program. There he met his wife Lois in a sorority/fraternity mixer. They met in 1953 and married in 1955. He then served for four years in the US Air Force at bases in Texas, California and Louisiana. He flew on the crew of the B49 Bomber, obtaining the rank of Captain. Upon returning to Duluth, Ron held various positions including working for KDAL selling radio advertising, as well as working as a salesman for Farmington Chocolate and General Foods. Ron and Lois moved into the Lakeside neighborhood in 1964. It was there that Ron began working for Mead Johnson Pharmaceuticals (n/k/a Bristol Meyers Squibb), the company for which he would eventually retire. About the same time, they became longtime members of the Lakeside Presbyterian church where Ron served as a Deacon and Elder. Following Ron's retirement, they lived in Lake Nebagamon, Hermantown and Menomonie. Ron enjoyed spending time with family, vacationing in Florida, and being a Grandfather. Ron is survived by his wife Lois, sons', David Jacott of Menomonie, Gary (Louise) Jacott of Omaha, NE; grandchildren, Colin Jacott, Grace Jacott, Matthew Jacott, Travis (Janna) Jacott; brother, William (Judy) Jacott of Shoreview, MN; son-in-law David Uttley; as well as nieces, nephews, other relatives and friends. He was preceded in death by his parents Earl and Margret and a daughter Rebecca Uttley. Memorials in Ron’s memory are suggested The Neighbors of Dunn County in Menomonie. A Memorial Service will be held at 2:00 p.m. Thursday, August 31, 2017 at Olson Funeral Home in Menomonie with a visitation starting at 1:30 until the time of service.

The family of Ronald L. Jacott created this Life Tributes page to make it easy to share your memories.