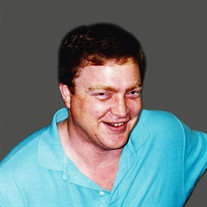 Ronald Ekmand Hovind 1955 - 2018 Ron Hovind passed away peacefully, in Chandler Arizona, on August 9th 2018, of pancreatic cancer. He was 63 years old. The seemingly ephemeral nature of Ron’s life is belied by the zest with which he extracted the most he could from everyday. Ron was born July 3rd, 1955, in Minneapolis Minnesota. Though his early family life was peripatetic; he always excelled at the various schools he attended, graduating valedictorian from both his junior high in Cupertino and his high school in Los Alamitos, CA. He was a recipient of a National Merit Scholarship Award and attended Rice University in Houston Texas, where he graduated with a triple major, with degrees in Math Science, Managerial Studies and Economics. Ron pursued a professional career in Information Technology, ultimately starting his own successful software company, REH Software. He also worked extensively for both First Interstate and Wells Fargo Bank. Ron is survived by his father Marlyn Hovind, and brothers Robert and Richard Hovind, sister-in-law Laura Hovind and family Joshua and Alyssa Pena. He was preceded in death by his mother Cynthia. His extended family in Arizona includes several very dear and lifelong friends, Melinda Ward, Bob Wells, Doug Deoung, and Chuck Azcarate. He will be missed ! A Memorial Service will be held at 11:00 a.m. Saturday, Oct. 13, 2018 at Olson Funeral Home in Menomonie, WI with Pastor Craig Conklin officiating. There will be visitation at the funeral home one hour prior to the service. Burial will be in Cedar Falls Cemetery in the Town of Red Cedar, Dunn Co. WI.

Ronald Ekmand Hovind 1955 - 2018 Ron Hovind passed away peacefully, in Chandler Arizona, on August 9th 2018, of pancreatic cancer. He was 63 years old. The seemingly ephemeral nature of Ron&#8217;s life is belied by the zest with which he extracted... View Obituary & Service Information

The family of Ronald E. Hovind created this Life Tributes page to make it easy to share your memories.