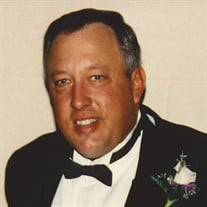 Robert Wayne Harrison, 69, of Menomonie passed away Tuesday, May 23, 2017 at Mayo Clinic Health System in Eau Claire, from complications of Cancer. Bob was born March 26, 1948 in Menomonie, Wisconsin to Hoie and Corrine (Denning) Harrison. He was raised on farms in the Wheeler and Menomonie area. Part of his years were spent with his grandparents, Robert and Veronica Denning, his Uncle Eugene and Aunt Evelyn Frank, and their children, Linda, Harold, Carol Ann, Neil, David, and Julie. He married Kaye Mittelstadt at the Colfax Lutheran Church on September 21, 1968. They bought a farm in the Menomonie area in 1970 and farmed until 1998. Bob also worked construction, operating end loader for American Materials, E&H Earth Movers, Ames Construction, and Mathy. He was often referred to as “Loader Bob”. Bob loved farming and collected several tractors, but the thing he loved and was most proud of were his children and grandchildren. Bob’s first summer of retirement he spent with his grandson, Dalton. They traveled to most of the restaurants in the county. The waitresses knew them by name and had a pretty good idea what they would order. Bob loved looking out the window seeing Alicia coming across the hay field on her 4-wheeler to visit or get something to eat. He also loved going to his shop and waiting to see who would stop in for a drink or two and a visit. Bob is survived by his wife, Kaye; children, Cindy (Joddi) Wang, Jeff (Julie) Harrison, and Amanda (Jared) Trapp; grandchildren, Dalton and Madison Wang, Alicia Harrison, Taylor and Beckett Trapp, sister-in-law Linda (Rick) Pippenger, as well as other friends and relatives. Bob was preceded in death by his parents, grandparents, an infant brother, Roger, aunts, uncles, and cousins. The family would like to thank the doctors and nurses in Menomonie, Eau Claire, Marshfield, Wausau, Madison, and Rochester for their care the last two years. A memorial mass for Bob will be held Saturday, May 27, 2017 at 10:30 a.m. at St. Joseph’s Catholic Church in Menomonie with visitation Friday May 26, 2017 from 4:00 p.m. to 7:00 p.m. at Olson Funeral Home in Menomonie and one hour prior to the service at the church on Saturday.

The family of Robert W. Harrison created this Life Tributes page to make it easy to share your memories.