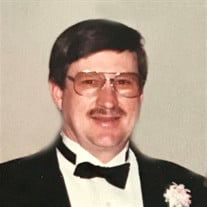 Robert “Bob” Lawrence Brinkman age 73 of Menomonie, WI Died Thursday, April 26, 2018 at Mayo Clinic Health System in Eau Claire, surrounded by his family. Bob was born June 5, 1944 in St. Cloud, Minnesota. He was the son of Lawrence and Ivy (Brown) Brinkman. As a child his family moved to Menomonie. Bob graduated from Menomonie High School in 1963 where he met and married the love of his life, Diane Kay Reed in 1965. Bob worked for several years with his father at the family business, Brinkman’s Auto Body in Menomonie. He eventually took over the business as owner and operator. He had a gift of working with cars. His specialty was restoring old cars and built many Hot Rods that cruise the highways today. He enjoyed traveling to different car shows. A favorite and Annual Event, was attending the “Back to the Fifties” hot rod show in Minneapolis. He was a member of the River City Street Rod Assoc. for many years. After retiring from repairing and restoring cars, he went on to start a small business restoring auto interiors, Kustom Auto Interiors. Bob also had a love for music and enjoyed playing guitar in a small local band. Bob was asked recently what he was most proud of. He responded with, “I’m most proud of my girls.” Bob is survived by his wife, Diane; two daughters, Dorie (Tom) Schwellenbach of Altoona; Brenda (Ralph) Williams of Boyceville; grandchildren, Derrick, Jonathan, Max, Tymber, Brendan, Ralphie, Damain, Angela, Jason, Kelsey and Alex; great-grandchildren, Aiden, Andrew, Ariana, Austin, and Arnold; a sister, Dorothy Yaeger of Eau Claire; many friends and family. He is preceded in death by his parents; Two brothers; Richard Brinkman of Elk Mound and Marshall Brinkman of Ino; a step-grandson, Ryan Williams of Boyceville. Memorial Services will be at 4:00 PM Wednesday, May 2, 2018 at Olson Funeral Home in Menomonie with Pastor Bob Friese officiating. Visitation will be held one hour prior to the service at the funeral home.

The family of Robert "Bob" L. Brinkman created this Life Tributes page to make it easy to share your memories.