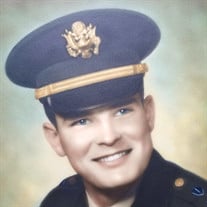 Norman “Mike” Sarff A true American soldier, Lt. Colonel N. Michael Sarff (retired U.S. Army) passed away Sunday February 18, 2018 with his children Matt and Sara by his side. Mike was born December 6th, 1945 in Aitkin, Minnesota to Mac and Nora Stenmark Sarff. He attended Silver Bay High School and graduated in 1963. Mike went on to teach at the United State Military Academy at West Point, NY, after receiving his commission from Officer Candidate School as a lieutenant in 1968. Mike proudly served his country in the Vietnam war as a rifle platoon leader in the 1st Infantry Division, The Big Red One, of which he was very proud. While in service he was awarded the Distinguished Flying Cross/Bronze Star, Meritorious Service Medal, Air Medal, Army Commendation Medal, National Defense Service Medal, Vietnam Service Medal, Vietnam Gallantry Cross with Palm and Bronze Star. Upon returning from Vietnam he went on to attend the University of Minnesota Duluth where he received his B.S. in Biology in 1974. A master’s degree psychological counseling from Long Island University in 1979. Mike was also stationed in Kansas, Texas, Hawaii, South Korea, and Minnesota. While stationed in Bemidji, Minnesota, he was the Professor of Military Science, and Battalion Commander for a fine group of men who became his second family. While stationed in Kansas, he met Sandra Hagen Sarff whom he married on January 16th, 1982 in Kula, Maui, Hawaii. They were blessed with two children. Sara Michelle Sarff, Erie, Colorado and Matthew Harrison Sarff, Menomonie, Wisconsin. Mike is further survived by his sister Karin Sarff Pratt and husband Robert. Brothers-in-law Glenn Hansen and Jerry Odness. Sister-in-law Cheri Hagen Odness, nieces, nephews, friends, and his military family. Mike was preceded in death by his wife Sandra, sister Carole Sarff Hansen, mother and father Nora and Mac Sarff, in-laws Gunner and Betty Hagen, three nephews, friends, and relatives. Mike had a great fondness for gardening, hunting, woodworking, puttering in his shop, working on his 66’ mustang, volunteering for the Menomonie Lions Club, and visits to Grouse Camp. We love you Mike you will be missed. A Memorial Service will be held at 11:00 a.m. Friday, Feb. 23, 2018 at Our Savior’s Lutheran Church in Menomonie, with Pastor Sarah Miller officiating. There will be visitation at the church one hour prior to the service. Burial will be in Christ Lutheran Halvorson Cemetery in Menomonie with Military Honors by the Menomonie Veterans Honor Guard. Olson Funeral Home in Menomonie is serving the family.

The family of Norman Mike Sarff created this Life Tributes page to make it easy to share your memories.