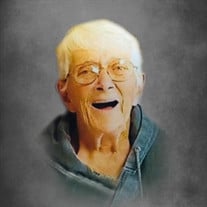 Monica Mary McDonald Bauer, 86, was born on April 19, 1933 to Clare Elizabeth McDonald Corrigan. Monica passed away in hospice at The Neighbors of Dunn County in Menomonie, Wisconsin, March 19, 2020. Monica is survived by four children; Thomas, Timothy, Tamera and Tia, daughter-in-law Susan, five grandchildren; Dominic, Adam, Taryn, Brooklyn and Trey, and great-grandson Julian. She is also survived by her brothers; Gregory (Jackie) and Michael as well as nieces and nephews. Monica was preceded in death by former husband Bill, son Todd, mother Clare and sister-in-law Kathy Corrigan. She was united in marriage to William Bauer in Cooks Valley, Wisconsin and made their home in Bloomer, Wisconsin. After Bill was drafted into the U.S. Army, both she and he were stationed in Huntsville, Alabama where Bill was assigned to missile and research projects headed by Werner Von Braun. After the army, they moved back to Bloomer, Wisconsin and The Bloomer Advance, a newspaper which Bill, Monica and Bill’s brother Al eventually purchased. Monica was hostess to Mrs. Jacqueline Kennedy in Bloomer during the 1960 Presidential election and helped introduce Mrs. Kennedy to local voters. Monica was also part owner of the Knapp House in Knapp, Wisconsin. She retired from Red Cedar Medical Center in Menomonie. Monica had a sweet disposition but as one of her cousins has said “so sweet, funny and not afraid to tell you the way it was. Compassionate and willing to listen, we will miss her.” We will all miss our phone calls from her. There will be a celebration of life for Monica at Dean & Sue’s Bar in Menomonie, Wisconsin, Saturday, August 1, 2020 for 1:00-4:00 p.m. Olson Funeral Home is serving the family.

The family of Monica M. Bauer created this Life Tributes page to make it easy to share your memories.