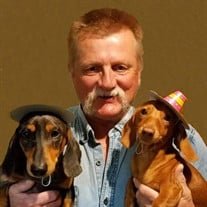 On Wednesday December 19th, our family lost a piece of our hearts when Mike Blechinger passed away unexpectedtly. Mike was born February 29th, 1956. He was 62 years old…well actually 15.5. Mike was a leap year baby and mostly acted like his leap year age! He was born to Harold and Anna Blechinger of Mendota Heights, Minnesota. Mike married his long-time love, Sandy in 1977. They shared 41 years of marriage. Together they have four daughters. Andrea (Phil) Tonn, Lisa (Will) Wirth, Amanda (Axel) Dunn, and Cassie (Matt Ward) Blechinger. Mike has eight grandchildren. Halle, Andrew, and Zachary Tonn, Hannah, Emma, and Asher Dunn, Miranda and Gretchen Wirth. He loved them all so much. He was the best grandpa ever. He is also survived by his mother Anna; brothers and sisters, James Blechinger, Lynn Bohen, Vicki (Tom) McCloskey, Julie (David) Langton, Jan (Howard) Smith, Daniel Blechinger, Hal (Barb) Blechinger; as well as many nieces and nephews. Mike is preceded in death by his father, Harold. Mike enjoyed many things in life. He was retired from Ford Motor Company, but never fully retired. He also had a business doing aircraft detailing. He never stopped working on the family farm. Mike had many hobbies and passions in life. He truly enjoyed hunting, fishing, farming beef cattle, his Harley, and all of his pets, especially the dachshunds. Mike was passionate about the local veterans and helped lead the Boyceville Veterans Memorial. He donated his time raising funds for Camp American Legion and was District 10 American Legion Chaplain. Anyone who drove past Mike and Sandy’s house would notice the huge garden where he spent lots of time pulling weeds and harvesting the bounty of vegetables. He always went overboard with his garden! Mike will be greatly loved and missed by so many. He was a great father, husband, and friend to all. We have peace and comfort knowing that Mike is in Heaven with the Lord. His final gift to others was his generous bone and tissue donation. A Celebration of Life will be held at 11:00 a.m. Friday, January 4, 2019 at Trinity Lutheran Church in Boyceville with Pastor Brad Peterson officiating. Military honors will be conducted by the Harmon-Harris American Legion Post 314. A reception will be held at the Menomonie Veterans Center following the services. Visitation will be from 9:00 a.m. until 11:00 a.m. at the church. Olson Funeral Home in Menomonie is serving the family.

On Wednesday December 19th, our family lost a piece of our hearts when Mike Blechinger passed away unexpectedtly. Mike was born February 29th, 1956. He was 62 years old&#8230;well actually 15.5. Mike was a leap year baby and mostly acted... View Obituary & Service Information

The family of Michael H. Blechinger created this Life Tributes page to make it easy to share your memories.

On Wednesday December 19th, our family lost a piece of our hearts...