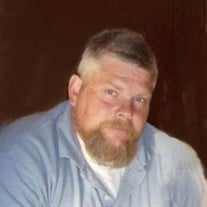 Matthew Stuart Marose, age 53, of Elmwood died at his mother’s home in Menomonie, WI Thurs. Dec. 30, 2021. His passing was due to health complications that he suffered from the Covid-19 virus. Matthew was born February 27, 1968 in Evanston, Ill, to Ronald and Susan (Repp) Marose. He graduated from Colfax High School, and earned a B.S. Degree, with honors, in Industrial Design from the University of Wisconsin-Stout. He was a veteran and served active duty in the U.S. Army for four years ending his military career with an Army achievement award. Matthew married Emily Ann Felling Marose June 12, 2010. Together they had a daughter, Leanna. He was self-employed for 28 years as the sole owner of See-Thru Window Cleaning. He and his team of employees assisted commercial and residential customers in Menomonie and the surrounding areas, including Woodbury and Stillwater, MN. He was a substitute teacher for Elmwood and other Pierce County school districts. He was also known for his giant pumpkin growing, and with a few others, started the Stillwater, MN Harvestfest Giant Pumpkin Weigh-Off. Matthew is survived by his wife Emily Marose and daughter Leanna Marose of Elmwood, WI, His Mother Susan Marose of Menomonie. Two half-siblings, Emily Marose Eggert, Seattle, WA, and Andrew Marose, Las Vegas, NV He is further survived by other relatives and friends. Memorial Services will be held at 11:00 a.m. Saturday, May 21, 2022 at Olson Funeral Home in Menomonie with Pastor Phillip Bloomdahl officiating. Visitation will be one hour prior to the service. Burial with take place at Grand View Cemetery, Township of Dunn, Dunn County with military honors by the Menomonie Veterans Honor Guard.

Matthew Stuart Marose, age 53, of Elmwood died at his mother&#8217;s home in Menomonie, WI Thurs. Dec. 30, 2021. His passing was due to health complications that he suffered from the Covid-19 virus. Matthew was born February 27, 1968 in Evanston,... View Obituary & Service Information

The family of Matthew S. Marose created this Life Tributes page to make it easy to share your memories.

Matthew Stuart Marose, age 53, of Elmwood died at his mother’s...