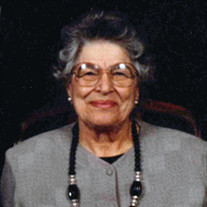 Margaret “Mickey” Wiese Mickey Wiese, age 92, of Menomonie, WI passed away Saturday, January 17, 2015 at the American Lutheran Home. She was born May 5, 1922 in Clifton NJ to Michael Capponi and Carmela (Juliano) Capponi. Mickey was proud of her heritage as a first generation Italian-American, as her parents came from Gioia Tauro, Calabria, Italy. She grew up and lived most of her life in Clifton among her large extended family that she loved so much. Mickey married Richard Wiese November 11, 1945, in Passaic, N.J. They had two sons. When the children reached school age, Mickey worked in the office of Sherman Printing in Passaic for many years. Mickey and Richard loved to travel together, visiting their sons, vacationing on Cape Cod, many trips to the casinos of Atlantic City, and several wonderful trips to Italy where Mickey had a chance to spend time with family from Calabria. Mickey and Richard moved to Menomonie in 2000, and lived at The Oaks. Mickey is survived by her son Peter (Emilie) Wiese of Menomonie, three grandchildren, Carmela (Bill Kunkler) Wiese of Madison, WI, Benjamin Wiese of Liverpool, NY, and Jocelyn (Eric) Nelson of Spring, TX, great-grandson Aaron Nelson, and daughter-in-law Betty Wiese of Liverpool, NY. She is also survived by many cousins, nieces, nephews, and friends. She was preceded in death by her parents, husband Richard, son Richard Jr., two brothers, Peter and Joseph, and many of her beloved aunts, uncles, and cousins. A private memorial will be held at a later time. The United States Navy will conduct a Burial at Sea for Mickey in the Pacific Ocean, where her husband Richard now rests.

The family of Margaret "Mickey" Wiese created this Life Tributes page to make it easy to share your memories.