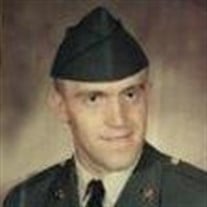 Lyle Albert Grutt, age 69, of Menomonie, WI went home to his heavenly Father, family and friends on Wednesday, September 6, 2017 surrounded by loved ones. This world gained a great and heroic man when Lyle was born on March 12th 1948 in Menomonie, WI to George and Verna (Schroeder) Grutt. He grew up in the Menomonie area, alongside his 3 sisters: Evelyn (Jim) Pickerign, Connie (Dave) Paulson and Betty (Bill) Crusen and his 2 brothers David and Franklin Grutt. Lyle graduated from Menomonie High School in 1966. Lyle married Gail (Willert) and together they had one child, Brian Grutt, but then later divorced. He then found the love of his life, Kristy (Binkley) of Menomonie, WI raising three beautiful children, Randy (Burton), Matthew (Grutt) and Jessica (Grutt). Years later they too divorced. But the one thing that never changed was the bond between Lyle and his children; he was always in some way, shape, or form there for them no matter what life threw his way. But not just his children, this man was a hero to many. Lyle A. Grutt was a hero to his country, serving in the Special Ops Unit during the Vietnam War from 1967-1968, when he then became a wounded Veteran, but that in itself didn’t stop him from supporting his family, and being a friend to many who crossed his path- once healed he began working at what was then Swiss Miss in Menomonie for over 30 years. This is a man that would give you the shirt off of his back, and will truly be missed by all! May you R.I.P! Lyle is survived by his three sons Brian, Randy (Amy), Matthew (Ashley); a daughter Jessica, three sisters Evelyn (JIM), Connie (Dave), Betty (Bill); Grandchildren Paige, Breanna, Abbigail, Dale, Jason, Levi, Emma; as well as nieces, nephews, other relatives and friends There will be visitation from 10:00 a.m. till 1:00 p.m. Monday, Sept. 11, 2017 at Olson Funeral Home in Menomonie. Burial will be at 1:30 p.m. Monday in Teegarden Cemetery in the Town of Lucas, Dunn Co., WI with military honors by Menomonie Veterans Honor Guard.

Lyle Albert Grutt, age 69, of Menomonie, WI went home to his heavenly Father, family and friends on Wednesday, September 6, 2017 surrounded by loved ones. This world gained a great and heroic man when Lyle was born on March 12th 1948 in Menomonie,... View Obituary & Service Information

The family of Lyle A. Grutt created this Life Tributes page to make it easy to share your memories.