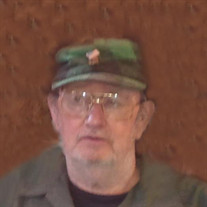 Lawrence E. White Sr., age 84, of Knapp, WI passed away Sunday, August 27th, 2017 at Mayo Health System in Menomonie. He was born April 15th, 1933 in Menomonie, WI to John White and Margaret Tischman and grew up in the Menomonie area. Larry married Mary S. Smith on August 26th, 1955 in Merced, California. They had four children, Becky, Patty, Gretchen and Larry Jr. He was a lifelong member of Legion Post 330 in Wilson after his retirement from the Air Force in 1972. Larry was in the U.S. Air force for 20 years from 1952-1972 of which he was very proud. He retired with full honors and was a veteran of the Korean and Vietnam wars. He served his country with honor and pride. He served in many capacities while in the service including two tours in Vietnam and with special Ops. He was a special joy to all the people who knew him. He was an unforgettable person was known as head of the Knapp Liars Club for many years. Larry is survived by his children, Becky (Bill) Rieger of Menomonie, Patty (Steve) Duch of Menomonie and Larry Jr. of Menomonie; two brothers, Tom and Steve; and a sister Margaret Ann. He is also survived by several grandchildren, nieces, nephews and other relatives and friends. He was preceded in death by his spouse of 38 years Mary, a daughter Gretchen Valla, his parents John and Margaret White, and a brother Bob White. The Yard Bird King is now a free bird. Fly high Dad. Funeral Services will be held at 11:00 a.m. Thursday, August 31, 2017 at Olson Funeral Home in Menomonie with Pastor Mike Shay officiating. Burial with military honors by American Legion Matson-Miller Post 330 will be at Ford Cemetery, Township of Menomonie, Dunn County, WI. Visitation will be from 4:00 p.m. to 7:00 p.m. Wednesday, August 30, 2017 at Olson Funeral Home and also one hour prior to the services on Thursday.

The family of Lawrence E. White created this Life Tributes page to make it easy to share your memories.