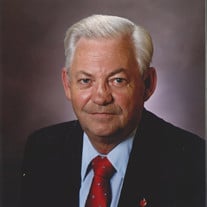 Lawrence F. Rassbach "Larry," age 79 of Menomonie passed away Wednesday, September 2nd at Comforts of Home in River Falls after a long battle with multiple health complications. He was born April 11, 1941, in Menomonie to Fred A. Rassbach and Lois I. Rassbach (Edmonds). He grew up in the Menomonie area and graduated from Menomonie High School in 1959. Larry attended Stout State University for three years in pursuit of a degree in engineering. He retired in 2002, after more than 29 years of service, from a rewarding career with 3M. Larry married Sharon E. Snyder on June 12, 1962, at Calvary Baptist Church in St. Paul, MN. Together they lived in Menomonie for 58 years. He attended Immanuel Baptist Church for most of his life. Larry was a volunteer firefighter for more than 10 years with Menomonie Fire Department. Early in their marriage Larry and Sharon enjoyed membership in the local Citizens Band Radio club, "West Central Wisconsin C.B.ers," where he was known as "Red Bird." He enjoyed traveling in the United States and Canada. In his lifetime he had the good fortune to visit all states except Hawaii. In 2004 Larry and Sharon purchased a home in Apache Junction, AZ, and became "snowbirds." His health allowed him to spend 14 wonderful winters in their gated community, "Superstition Resort." Larry is survived by: His wife, Sharon Three children, Lori (Tim) Kurtz of Glencoe, MN, Jeff (Lisa) Rassbach of Menomonie, and Marailee (Srikanth) Sripati of San Jose, CA. Four grandchildren, Kyle Rassbach (Menomonie), Morgan Rassbach (Menomonie), Kiran Sripati (San Jose) and Nikash Sripati (San Jose). Two sisters, Joan (Curtis) Phillips of Pueblo, CO, and Doris (Rupert) Sanasac of Knapp. He is also survived by his mother-in-law Margaret E. Snyder of Menomonie, as well as many nieces, nephews, cousins, and friends. He is preceded in death by his parents, Fred and Lois, his brothers, William Rassbach, and Michael Rassbach, and his father-in-law Harold "Hal" Snyder. A funeral service will be held 11:00 a.m. Friday, September 25th, 2020 at Immanuel Baptist Church in Menomonie with Pastor Mitch Nelson and Pastor Michael Vanzee officiating. Burial will be in Christ Lutheran Halvorson Cemetery in Menomonie. Services will be available to view on Olson Funeral Home FaceBook page. Olson Funeral Home in Menomonie is serving the family. In lieu of flowers, the family requests that memorial donations be made to the church or the Chippewa Valley Chapter of Alzheimer's Association.

Lawrence F. Rassbach "Larry," age 79 of Menomonie passed away Wednesday, September 2nd at Comforts of Home in River Falls after a long battle with multiple health complications. He was born April 11, 1941, in Menomonie to Fred A. Rassbach and... View Obituary & Service Information

The family of Lawrence F. Rassbach created this Life Tributes page to make it easy to share your memories.