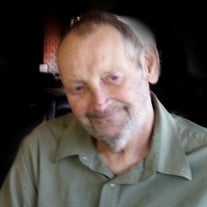 Larry “Hoss” Hostettler, age 66, of Menomonie, passed away Monday, June 22, 2015 Mayo Clinic Health System-Red Cedar, after battling cancer. Larry was born on January 30, 1949, the son of Harold and Hildegard Hostettler. He graduated from Lewiston-Altura High School in 1967. Larry joined the U.S. Army; proudly serving one tour in Vietnam. On August 31, 1974, he married Laurie Ann Huerkamp. They were married for 24 years. He had been employed at Lakeside foods until early retirement in 2007. Larry enjoyed spending time with his family and was so proud of his grandchildren and all of their activities. He was a friend to many and would have given the shirt off his back to anyone in need. He was an avid sports fan, especially the Packers, Notre Dame and the Wild. Larry is survived by his two sons, Eric (Jamie) Hostettler of Winona, MN, Brett (Michelle) Hostettler of Menomonie; four grandchildren, Brynn of Winona, MN, Jaydan, Dastin and Keeran of Menomonie; best friend Donna Nygard of Menomonie; as well as many nieces, nephews, cousins and extended family. He was preceded in death by his parents, brother-in-law Tim “Dozer” Huerkamp, mother-in-law Zeta Huerkamp and also many aunts and uncles. A very special thank you to St. Croix Hospice (especially Tracy & Steve) for your loving support and care. Also, thank you to Mayo Clinic-Red Cedar for making his last couple of days so comfortable. Visitation will be from 4:00 to 6:00 p.m. Thursday, June 25, 2015 at Olson Funeral Home in Menomonie with a time of sharing at 6:00 p.m. and military honors by the Menomonie Veterans Honor Guard. There will also be a celebration of life at 5:00 p.m. Friday, June 26 2015 at Pooter’s Sports Bar located at 14 South Main Street, Altura, MN 55910.

The family of Larry R. Hostettler created this Life Tributes page to make it easy to share your memories.