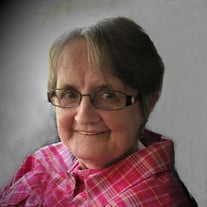 Kathryn Kaye Skillings passed away June 4th, 2021, at home with her family by her side. Her brave fight against pancreatic cancer lasted 5 years, 4 months and 20 days. Kathie was born January 8, 1946, in Menomonie, WI, to Earl and Mary (Butteris) Husby. She was the baby of the family, the youngest of 11 kids. She attended Palmer Grade School for 7 years, skipping a grade and then Menomonie High School until graduation, graduating at 17 years old. Following high school, she worked for Judge Bundy as a court stenographer until 1967. Kathie met Dale Skillings at Doug and Mary’s (now known as Jakes Supper Club) while on a girl’s night out! They fell in love and married on November 6, 1965. To this union, two sons were born in 1969 and 1971. They resided on the Skillings home farm, farming the land, and operating a dairy until 2000 when they officially retired. Post retirement Kathie raised heifer calves for a local farmer and bull calves for Alta Genetics until caring for her husband Dale became her full-time purpose and labor of love. Dale suffered the debilitating effects of Parkinson’s disease and Kathie was right there by his side through it all. Kathie enjoyed cross stitching, baking Christmas cookies, and collecting Pipka Santas. You could always count on morning coffee at her house at 7am and the love and laughter of her friends and family. Over the course of her 5-year long battle with Pancreatic cancer and her 70 chemotherapy treatments she grew to love and appreciate all the staff at the Mayo Cancer Center. We would like to thank Dr. Basu and the nursing staff for their excellent care and helping her stay positive. We would also like to thank the Mayo Home Health and Hospice team. Kathie is survived by her two sons, Ronald (Susan), Randy (Angela), four grandchildren Cody (Samantha), Belle, Samuel, and Macy Skillings, two great grandchildren Kinlee and Keaton all of Menomonie. She is also survived by her three brothers, Jim (Jan) Husby, Vaughn (Janet) Husby, Mick (Ann) Husby, a sister-in-law Melva Husby, a brother and sister-in-law Dan and Marg Skillings, sister-in-law Dorothy Skillings, sister-in-law Irene Cotts, and brother-in-law Robert Jensen along with many nieces and nephews. She is also survived by her dear friends Sherry Otto, Don and Corinne Person, and Matt and Suzanne Messa among other friends. She was preceded in death by her husband Dale, her parents Earl and Mary Husby, her in-laws George and Orpha Skillings, sister Shirley Jean Nelson, sister Carole (Robert) Stratton, brother William Husby, brother Ron (Correne) Husby, sister Maryruth Dahms, sister Joan (Bud) Myers, sister-in-law Gretchen Husby, brother John Husby, brother-in-law Don Skillings, brother and sister-in-law Stanley and Lorraine Cotts, sister-in-law Marlys Jensen, sister-in-law Wanda Mortel, and brother-in-law Darryl Cotts. Services will be held at Olson Funeral Home in Menomonie Monday June 7th, 2021, at 1:00 pm with Pastor Judy Kincaid officiating. There will be visitation from 11:00 am-1:00 pm. at the funeral home. A luncheon to follow the service with burial to follow at the Evergreen Cemetery in the Town of Dunn.

Kathryn Kaye Skillings passed away June 4th, 2021, at home with her family by her side. Her brave fight against pancreatic cancer lasted 5 years, 4 months and 20 days. Kathie was born January 8, 1946, in Menomonie, WI, to Earl and Mary (Butteris)... View Obituary & Service Information

The family of Kathryn K. Skillings created this Life Tributes page to make it easy to share your memories.