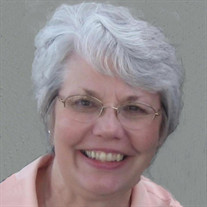 Kathleen R. Fullarton, age 71, formerly of Menomonie, WI passed away Thursday, February 4, 2021. She was born October 25, 1949 in Creston, IA to Harold and Florence Roberts (Nelson). She grew up in the Creston area and graduated from Creston High School. She then attended Iowa State University where she received a Bachelors in Mathematics in 1971. This is also where she met her future spouse. Kathleen married Stuart R. Fullarton on Aug. 14, 1971 in Creston, IA. Stuart served in the US Army and they lived abroad in Germany for several years prior to settling in Menomonie, WI. They adopted four children. Kathleen was a devoted Christian her entire life. After many years of working as a financial aid counselor at UW-Stout, Kathleen attended Seminary School from 2003-2005 where she received a Masters in Divinity. Kathleen then served as a Pastor at a handful of churches throughout the northern WI and MN areas until her retirement in 2013. Kathleen is survived by: Two sons and two daughters, Angelyn (Fullarton) Benson of Spotsylvania VA, Eric Fullarton of Menomonie WI, Rebecca Fullarton of Oakland CA, Christopher Fullarton of Eau Claire WI. She is also survived by her five grandchildren; Malik, Adair, Maxwell, Makenzley, and Brekyn, brother Allan Roberts, and several nieces, nephews, other relatives and friends. She was preceded in death by her spouse Stuart Fullarton and her parents, Harold and Florence Roberts (Nelson). A Private Memorial Service will be held at 11:00 a.m. Saturday, Feb. 13, 2021 at Peace Lutheran Church in Menomonie. The service will be live streamed to www.facebook.com/OlsonFunerals. Burial will be at Northern Wisconsin Veterans Memorial Cemetery in Spooner at a later date. In lieu of flowers, memorials may be sent to Peace Lutheran Church of Menomonie, the Alzheimer's Association, or in honor of Kathleen to your home church. https://youtube.com/watch?v=gfY1qTNVGyY&feature=share

Kathleen R. Fullarton, age 71, formerly of Menomonie, WI passed away Thursday, February 4, 2021. She was born October 25, 1949 in Creston, IA to Harold and Florence Roberts (Nelson). She grew up in the Creston area and graduated from Creston... View Obituary & Service Information

The family of Kathleen R. Fullarton created this Life Tributes page to make it easy to share your memories.