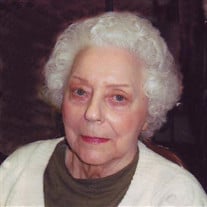 Josephine G. Micek, age 90, of Menomonie, WI passed away Friday, Jan. 2, 2015 at the American Lutheran Home in Menomonie, with her family by her side. The former Josephine Gertrude Brozyna was born March 18, 1924 at home, in North East Minneapolis, MN to Joseph and Mary (Wojtas) Brozyna. Josephine married Walter J. Micek Jr. on July 5, 1946 in Minneapolis. In their early years of marriage Jo and Walt lived in Lester Prairie, MN and owned and operated a bar and restaurant called Walt’s Place. In 1958 they moved to Menomonie where they owned and operated Menomin Bowl with Walt’s brothers, Ray and Andy. Together the Micek families raised eight boys who were a close knit group. Jo was a long time member of St. Joseph’s Catholic Church. She loved playing golf, cribbage, other card games and sewing. She was very proud of the fact that on her first golf outing she scored a hole in one. And most importantly Jo loved spending time with her family. Jo is survived by her two sons, Tom (Sharon) Micek of Menomonie and Matt (Carol) Micek of Janesville; 12 grandchildren; 15 great-grandchildren; a sister, Elizabeth “Elzia” Montour of St. Paul, MN; and many nieces, nephews, other relatives and friends. She was preceded in death by her parents, husband Walter Micek Jr., son Walter Micek III; two sister, Roselyn and Connie, and two brothers, Eddie and Mitch. During Jo’s stay at the American Lutheran Home she was cared for like family. And while there she celebrated a memorable event, her 90th birthday, surrounded by her favorite Polish food and family. A very special thank you is given to her second family at the American Lutheran Home. A Memorial service will be held at 11:30 a.m. Friday, Jan. 9, 2015 at St. Joseph’s Catholic Church in Menomonie, with Father Nathan Thainase officiating. There will be visitation at the church one hour prior to the service on Friday. Burial will be in the church cemetery in the spring.

Josephine G. Micek, age 90, of Menomonie, WI passed away Friday, Jan. 2, 2015 at the American Lutheran Home in Menomonie, with her family by her side. The former Josephine Gertrude Brozyna was born March 18, 1924 at home, in North East Minneapolis,... View Obituary & Service Information

The family of Josephine G. Micek created this Life Tributes page to make it easy to share your memories.