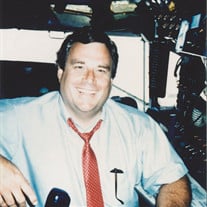 Jonathan “Randy” Iverson, age 71, of Menomonie, WI passed away Sunday, April 7, 2019. Randy is preceded in death by his parents, Marjory “Vickie” (Wooten) and Everett Carl Iverson. He is survived by his loving wife, Susan Lee (Waldron) Iverson. Randy had a distinct and illustrious career in the military, starting in the 101st Airborne during Vietnam before transferring to the Air Force once a pilot slot opened and did his remaining tours in Vietnam flying F-105’s. He rounded out his military service flying F-15’s with the Air National Guard in the Gulf War. He attended and played football at the University of Illinois before transferring to the University of Wisconsin-Stout where he finished his undergraduate and graduate studies in Engineering and Clinical Psychology and was a member of the Phi Sigma Epsilon Fraternity. The combination of his father’s extensive military career and his mother’s strong, independent Texan spirit shaped Randy into the dynamic, adventurous person he became, from Eagle Scout to rebellious teenager to patriot, educator, mentor, and friend to all walks of life. Randy spent a majority of his professional career in education, counseling, and as business owner of Adventure Sports in the Twin Cities and Skydive Twin cities LLC in Baldwin, but always considered the family farm in Colfax home. Randy’s robust personality will be missed by all those he encountered. Memorial services will be held at 1:00 p.m. on Friday, May 3, 2019 at Norton Lutheran Church in rural Colfax, WI with Pastor Chuck Shingledecker officiating. There will be visitation from 4:00 to 7:00 p.m. Thursday at Olson Funeral Home in Menomonie and at the church one hour prior to the service on Friday. Burial will be in the church cemetery. In lieu of flowers, memorials may be made to Norton Lutheran Church, Wounded Warrior Project or charity of donor’s choice.

The family of Jonathan "Randy" Iverson created this Life Tributes page to make it easy to share your memories.