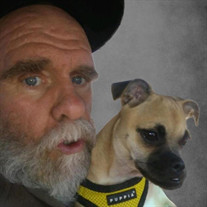 John P. Hogan John Paul Hogan, age 69 of Eau Claire, WI passed away unexpectedly at his home on Monday, January 24, 2022. He was born March 2, 1952 in Minneapolis, MN to Joseph and Irene (Spensley) Hogan. John grew up in the Twin Cities and graduated from Columbia Heights High School. He was the first male to graduate with a bachelor’s degree in Early Childhood Education from the University of Wisconsin-Stout. In John’s early years, he was bitten by the acting bug, where he performed on many stages. His first performance was at the Mable Tainter where he acted in dramas, musicals, and satires. Other locations that he performed was the State Theater in Eau Claire, Phipps Center For The Arts in Hudson, Hyde Center in Chippewa Falls, and a variety of theaters in Minnesota. John took much pride when he was casted at Old Log Theater in the Chanhassen area. John enjoyed being around the stage and went to several concerts. His musical idol was Brian Wilson and his favorite actor and comedian was Louie Anderson. John and his wife Karen would attend many of Louie’s shows. When they saw Louie at the Guthrie Theater in Minneapolis, John was asked on stage with Louie. He was blessed with helping sing Louie’s final song “Louie, Loui” as the curtains closed. John also enjoyed music and performed with a band in Minneapolis called the Flesh Tones. He talked highly of this experience and kept in contact with the other band members. John also had a professional career in acting. He was in several commercials, including being an Elvis impersonator, and another for being Norm (a character from the TV show Cheers) on the KSTP network. During his time on stage at the Mabel Tainter, John met a woman who shared the interest of singing, acting and life in a theater. After 24 years John Paul Hogan and Karen Ann Olson were united in marriage at the Historic Mabel Tainter on June 6, 1998. They have resided in Eau Claire ever since. Together they raised pug mixes. John’s current puppy was a maltese/pug mix rescue dog named Izzabear. She went everywhere with him, even to restaurants. John loved to entertain. To some of John’s friends, he was known as a man with 1,000 voices. He loved to do different impressions. If you called and left a message, you would hear the voice of Goofy, which matched the phone. John was also known for reading books to children in different character voices or being Santa Claus. Kids were his greatest audience. As far as sports, John was a true Twins fan. Pick a player and he could tell you, their stats. John talked his sister-in-law Mary and Ed into coming and enjoying the games with him. And even if the Twins lost, John could always find words of encouragement. John is survived by his wife Karen Ann Olson-Hogan of Eau Claire and their puppy Izzabear, siblings; Wayne (Starr), Patrick (Maryann) and Mary (Larry), several nieces, and nephews, close friends Jim Costello and Robert Ekstrand who were always a great support to him. With John being as young as he was, it would be difficult to list all of his beloved friends who have impacted his life. He was proceeded in death by his parents Joseph and Irene (Spensley) Hogan, a sister Patricia Hogan, and brothers, Michael, Thomas, and Robert Hogan. The family would like to thank the following: ECPD Officers Becker and Hoople, Eau Claire Communication Center, Station 5, and the paramedics: Merkel, Willi, and Nyhus for their kindness and support during the time they were with John and his wife Karen. We also want to thank Olson Funeral Home for their caring and consideration during our time of need. On behalf of John, thank you Ed and Mary Olson and their family, Ray and Jean Olson and their family and Chris Olson and Tammi Beckley (John’s Niece) for all the support. A visitation will be held Monday, January 3, 2022 at Olson Funeral Home in Menomonie, WI from 11:00 a.m. to 1:00 p.m. with a Memorial Service will be held at 1:00 p.m. In lieu of flowers, memorials may be directed to the Karen Olson-Hogan Family of to be distributed at a later time as was his wishes. To share a memory, please visit obituaries at www.olsonfuneral.com

The family of John P. Hogan created this Life Tributes page to make it easy to share your memories.