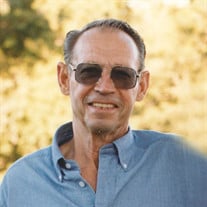 Jerome (Jerry) E. Mensing, age 79, of Menomonie, WI passed away peacefully on Tuesday, Oct. 24, 2017 at Comforts of Home Memory Care in Menomonie, WI. He was born November 2,1937 in Dodge Center, MN to Edward and Frances (Kubat) Mensing. He grew up in West Concord, MN and graduated from West Concord High School in 1955. Jerry joined the Army in 1955, served in Korea, and was honorably discharged in 1957. Jerry married Danielle Jones Feb. 27,1960 in West Concord, MN. They had four children; Doug, Lori, Jeff, and Chuck. They farmed in West Concord until 1972 when the family moved to Menomonie, WI. Jerry enjoyed everything about farming and his passion for animals was lifelong. After retirement, his favorite pastimes with his family included swap meets, auctions, and driving his horses in many area parades. He could often be found wheeling and dealing in a variety of exotic animals. He and Danielle spent many weekends entertaining area communities with their menagerie. Their collection of emus, peacocks, muntjacs, coatimundi, fainting goats, pot-bellied pigs, and miniature horses were enjoyed by all at Mensing’s Miniature Petting Zoo. Jerry was very social and never liked to be idle. He was fun, boisterous, stubborn, loved to snack, talked to everyone, and made new friends every place he went. In many ways he was a rebel and his incredible sense of humor and colorful language kept everyone guessing. Jerry is survived by his wife of 57 years, Danielle, of Menomonie, his children: Doug (Melanie) Mensing, Menomonie; Lori (Dave) Morken, Spring Grove, MN; Jeff (Colleen) Mensing, Menomonie; and Chuck (Kim) Mensing, Menomonie. He is also survived by nine grandchildren: Megan (Blake) Anderson of Elk Mound, WI, Merecie Mensing, and Mitchell Mensing, both of Menomonie; Katie (Chad) Smith of Belle Plaine, MN and Jake Morken of La Crosse, WI; Derrick (Michaela) Mensing of Menomonie and Ashley (Eric) Stuart of Boyceville, WI; Cole and Trey Mensing of Menomonie; several great-grandchildren; his sisters, Darleen Gillard and Sharon (John) Pechacek of West Concord, MN, as well as many nieces, nephews, cousins, and friends. He is also survived by his Comforts of Home caregivers who laughed with him, loved him like family, and whose compassionate and heartfelt care enriched his life. He was preceded in death by his parents, several sisters- and brothers-in-law, and three infant granddaughters. Following a private service for immediate family, military honors by the Menomonie Veterans Honor Guard will be held at 3:00 p.m. Thursday Nov. 2, 2017 at Olde Towne, Menomonie, WI with a Celebration of Life until 7:00 p.m. The family would also like to extend a special thank you to Dr. Nathan Rich and the Comforts of Home Memory Care staff who provided the highest level of care for Jerry while he battled Lewy Body Dementia. In lieu of flowers, please share a favorite written memory of Jerry and his shenanigans!

The family of Jerome E. Mensing created this Life Tributes page to make it easy to share your memories.