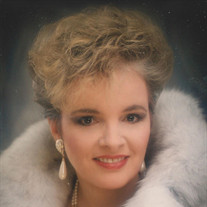 Jean Ann Borgaro of Menomonie Wisconsin passed away on Friday, November 3rd, 2017, after a long battle with Alzheimer's disease. She was the middle daughter of James and Beatrice Heydon of Superior Wisconsin. Jean graduated from East Superior High School in 1959 and was a lover of music and talented singer receiving several awards along the way. It was no surprise that she earned the title of Ms. Congeniality in a local home pageant due to her charisma and infectious smile. Later in 1959, she would go on to marry James C. Borgaro of Iron belt Wisconsin and after having three children, Keith, Kim, and Douglas, they would find their way to reside in Menomonie. Jean pursued interests in modeling for a period of time and was passionate about the arts and culture throughout her life. She retired from the University of Wisconsin Stout in 2005, after 15 years of service. Jean was someone who cared sincerely about people. She was a lady of elegance and grace who touched many with her kindness and spirit. Her compassion and warmth would envelop those around her like a ray of the sun and she was loved and admired by all she came in contact with. Jean was an extremely dedicated wife and mother and found a great source of pride in her children and grandchildren. She selflessly aimed to take the best care of her family carrying out loving tasks such as placing out the daily supply of vitamins for her children, and organizing extensive menus and learning to cook and bake them with a masters skill even after a long day at work herself. Her tireless commitment and devotion were admirable, honest and reflected her beautiful, loving spirit. Jean was an original in kindness of heart and depth of soul that will never be seen again. Although her absence leaves a hole in our hearts that can never be completely filled, her family takes with them the many lessons she taught as well as the great honor and pride of having her as a part of our lives. Jean was preceded in death by her youngest sister Sandra Tyykila and is survived by her eldest sister Carol Newman, (Carol & Don Newman), Barnes WI. She is survived by her husband James of Menomonie, her three children, Keith, (Keith and Rose) San Francisco CA, Kim Borgaro of Los Angeles CA, and Douglas, (Douglas & Heidi) Eau Claire WI, four grandchildren, Kaisha, Maria, Michael Borgaro, and Michael Vettel, as well as five nieces and nephews, Rhea, Valerie, Tara, Randy, and Angela. We the family loved her deeply and now embark upon a vigorous search for strength as we move forward in our daily lives without her. Please sleep well our loving angel. Words cannot describe how greatly you will be missed. Jean Borgaro was 76. A visitation will be conducted on Thursday, November 9, at 10:00 a.m. at Olson Funeral Home, 615 Wilson Ave. in Menomonie, WI. A funeral service will follow at 11:00 at the Funeral Home with Father James Kurzynski officiating.

Jean Ann Borgaro of Menomonie Wisconsin passed away on Friday, November 3rd, 2017, after a long battle with Alzheimer's disease. She was the middle daughter of James and Beatrice Heydon of Superior Wisconsin. Jean graduated from East... View Obituary & Service Information

The family of Jean A. Borgaro created this Life Tributes page to make it easy to share your memories.

Jean Ann Borgaro of Menomonie Wisconsin passed away on Friday,...