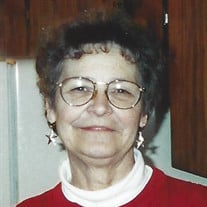 Janet K. Hegeman, age 71, of Boyceville, WI passed away peacefully on Saturday, November 14, 2015 at Mayo Clinic Health System – Menomonie. She was born March 1, 1944 in Turtle Lake, WI to Frank and Mildred (Ritzaur) Peterson and graduated from Amery High School in May 1962. April 4, 1964 she married Loren L. Hegeman. They had two children, Troy and Staci. They enjoyed trapshooting and camping together. She enjoyed reading and doing puzzles and making the best strawberry jam for her family. Janet’s greatest joy was being able to see her grandchildren on a daily basis. She always kept her cupboards full of their favorite snacks, even as adults. Janet is survived by her children, Troy (Dede) and Staci (Jason); her grandkids, Chad, Cody, Brooklynn, Ashlin, Treylyn, Talyn, and Brylynn; her great grandchildren, Aspyn and Colt; her sister, Gayle Hughes; brothers, Gary (Sally) Peterson and Don (Wray) Peterson; sister in laws, Helen Peterson, Karen (Terry) Engeman, Shiela Hegeman and by nieces and nephews. She was preceded in death by her husband, Loren; parents Frank and Mildred Peterson, and brother, Daryl Peterson. Memorial Services will be held at 7:00 p.m. Wednesday, Nov. 18, 2015 at Olson Funeral Home in Menomonie, WI with Pastor Dale Moe officiating. There will be visitation from 4:00 p.m. till the time of the service at 7:00 p.m.at the funeral home.

The family of Janet K. Hegeman created this Life Tributes page to make it easy to share your memories.