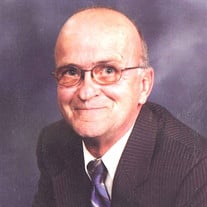 Gordon A. Buddy “Gordy” age 66 of Menomonie, WI died Monday Feb. 29th, 2016 at his home in Menomonie following a tough fought battle with cancer. Gordon was born May 31, 1949 to Herman and Lutie (Bullis) Buddy in Glenwood City, WI the 5th of seven children. He lived and worked in Minneapolis for many years but returned to the Baldwin, Wilson and Menomonie area where he spent the rest of his life. Gordy was hard working and loyal to his family and friends. If you knew Gordy and he was your friend you truly had a friend. He worked in Minneapolis for over 20 years at Juster Steel (now Whitaker Steel) as an overhead crane operator. His last place of employment was The Discount Smoke Shop in North Menomonie. Gordy liked to be out and about and to stop and visit his friends at The Discount Smoke Shop, The PC Doctor, and TMS Tire and Auto. He was very giving of himself and his time and always liked to put a smile on your face. He was always there to help if he could. Gordy was just Gordy. What you saw is what you got. He wasn’t always perfect and he didn’t set out to change the world. He just lived his life like his favorite song “One Day at a Time” sung by Cristie Lane. His door was always open and his coffee pot was always on and he always had a bag of candy to share or a cookie to eat. He was grateful for the time he lived in the Tantara Apts in Menomonie and for all the friends he made there. A special thanks to his friends who helped him in his last months and also to the Hospice Care he received. Gordy was especially proud of his daughter Natasha and his grandchildren Joshua and Kaylee. He loved to fish and was hoping for one more summer to go fishing. He always made sure to keep his faith in God and his Savior Jesus Christ close to his heart. Gordy is survived by: his daughter, Natasha (Fernando) Pastrana of New Hope, MN. And his grandchildren Joshua and Kaylee. He is also survived by a sister Roxanne Buddy of Baldwin WI and a sister Phyllis Wark of Princeton MN and her children James Wark, Melissa (Duane) Jensen and Susan Wark. He was preceded in death by his parents Herman and Lutie. His step father Sylvan Lee and his brothers Michael, Charles, Herman Jr, and Richard Buddy. Funeral services will be held at 1:00 p.m. Saturday, March 5th, 2016 at Wilson Lutheran Church south of Wilson, WI. Family and friends are welcome at the church two hours prior to the service on Saturday for visitation with the service to follow. Burial will be in Wilson Lutheran Cemetery in the Town of Cady, St. Croix Co. WI. Olson Funeral Home in Menomonie is serving the family.

The family of Gordon A. Buddy created this Life Tributes page to make it easy to share your memories.