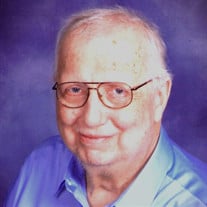 Gerald Lee “Jerry” Zimmerman Ph.D., age 73, of Menomonie, WI, passed away Monday, June 6, 2016 at Mayo Clinic Health System – Red Cedar in Menomonie. Gerald was born and raised in Compton, IL, on the family farm, where his love of animals was originally developed. Born on August 14, 1942, the only child of Urban Zimmerman and Valaria (Mahaffey), Gerald enjoyed taking care of the Herefords, hogs, and other animals, and exploring the natural wildlife of the Illinois prairie. Active throughout his youth in organizations like 4H and FFA, he graduated from Mendota High School in Mendota, IL, in 1960. He went on to earn a bachelor’s in Animal Science, followed by a master’s in Meat Science and Food Technology and a PhD in Biochemistry, all from Iowa State University. A country boy at heart, Gerald maintained a small farm in the countryside of Menomonie while spending 23 years teaching Chemistry, Food Chemistry, and Biochemistry at the University of Wisconsin – Stout. Gerald enjoyed teaching and learning, starting out teaching Sunday School at Immanuel Lutheran Church in Mendota, and assisting in retirement with editing and oversight of academic writing projects. Gerald’s notoriously sharp wit and intellect stayed with him to the very end, rattling off the answers to crossword puzzles and trivia questions with a breadth and speed that awed even his well-educated family during many hospital visits. His encyclopedic knowledge of topics like World War II, Churchill, Lincoln, birds and other wildlife, science, and math was well-known, providing stimulating conversation with friends and family, and plenty of help in school for his children and grandchildren. Gerald married Karen Wright on August 28th, 1966, and they moved to Menomonie in 1973 to teach at Stout. They had two children, Kathryn and Robert. Gerald was very proud of his children and their accomplishments in school and beyond. He spent a lot of time interacting with his grandchildren, whom he loved dearly and fought to enjoy for as long as he could. Gerald is survived by: His wife, Karen His daughter, Kathryn and her husband Steve Richter His son, Robert and his wife Tosha Larson Four grandchildren: Josh Richter, Lilia Zimmerman, Eleanor Zimmerman, and Sadie Zimmerman He is also survived by numerous cousins, and other relatives and friends. He was preceded in death by his parents Urban and Valaria Zimmerman. Funeral services will be held at 11:00 a.m. Saturday, June 11, 2016 at Christ Lutheran Church in Menomonie, with Pastor Jeanne Warner officiating. There will be visitation one hour prior to the service at the church. Burial will be in Christ Lutheran-Halvorson Cemetery in Menomonie. Anyone wishing to memorialize Gerald may do so through a donation to the American Cancer Society or the St. Labre Indian School, which he donated to for many years.

The family of Gerald "Jerry" Lee Zimmerman created this Life Tributes page to make it easy to share your memories.