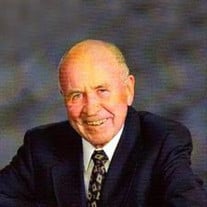 An extrovert to the Nth degree Franklin “Pete” Peterson, age 86, of Menomonie, WI passed away Tuesday November 6, 2018 at The Neighbors of Dunn County Nursing Home in Menomonie, after years of living with the debilitating challenges of Parkinson’s. Pete was born May 28, 1932 at Luther Hospital in Eau Claire to Francis and Mildred (Hoyt) Peterson. Pete attended Boyceville Grade school and graduated from Boyceville High School in 1950. He played football, basketball (captain his senior year), baseball and ran track. He went to the state track meet twice, taking second in the 100 yard dash his senior year. He also represented Boyceville at Badger Boys State. Pete graduated from St. Olaf College, Northfield MN in 1954. He continued to enjoy successful athletic achievements as he played on the last undefeated football team in 1953. He also played baseball at St. Olaf. During college he was a member of ROTC and joined the Air Force after graduation. He trained to be a pilot in Bainbridge GA and then moved to the Smoky Hill / Schilling Air Force Base in Salina, KA. He was a 1st Lieutenant and flew a KC-97 refueling tanker. He retired from the Air Force in 1957. Pete married Lois Eiseth on April 24, 1955 at Christ Lutheran Church in Menomonie. Both their children were born while they were stationed in Kansas. After his military service they moved to Minneapolis for a few years before moving to Wausau, WI where they lived for 30 years. Pete was an insurance adjuster for Secura Insurance Company. Pete and Lois moved to Hot Springs Village AR in 1988 and back to Menomonie WI in 2000. Pete was an avid golfer, loving every minute he spent on the course. He scored a hole-in-5 while golfing with his daughter, a story she loves to recount. Nancy’s “favorite dad” loved fishing and taking numerous trips to Canada fishing with his “favorite daughter”. Pete also enjoyed playing cards, especially Bridge and any card game at a family gathering. Pete always had a smile on his face and never complained. He was loved by all and always found humor often with witty one-liners. When asked how he was, he’d grin and reply “fairly rotten”. During his last days when Pete could no longer communicate, Nancy’s heart was filled with love from all the stories and affection for Pete from friends, family, staff and residents making the last week a comforting memory. The family would like to thank the caring staff at ALC, Autumn Village and The Neighbors of Dunn County. Pete is survived by his son David (Alexis Shoemate) of San Francisco, CA and his daughter Nancy Peterson of Shoreview, MN. He is also survived by loving nieces who looked after Pete, Linda Lenz, Barb Lindberg, Pat Mikesell. He leaves behind the “Eiseth outlaws”, Francis, Violet, Don and Dee Dee. Also survived by dear friend Bernetta Schutz, extended family, many classmates and dear friends. He was preceded in death by his parents, Francis and Mildred and his wife Lois. A Memorial Service will be held at 12:00 (noon) Monday, Nov. 12, 2018 at Christ Lutheran Church in Menomonie, with Nancy’s dear friend, Pastor Sue Gravelle officiating. There will be visitation from 4:00 to 7:00 p.m. Sunday at Olson Funeral Home in Menomonie and at the church one hour prior to the service on Monday. Pete’s beloved Lois has been there for him “on the shelf in the living room” for almost ten years. They will now be joyfully reunited in burial in Tiffany Cemetery in Boyceville, WI. Military honors will be conducted by Harmon – Harris American Legion Post 314. Memorials are suggested to the Parkinson’s Foundation or Christ Lutheran Church.

An extrovert to the Nth degree Franklin &#8220;Pete&#8221; Peterson, age 86, of Menomonie, WI passed away Tuesday November 6, 2018 at The Neighbors of Dunn County Nursing Home in Menomonie, after years of living with the debilitating challenges... View Obituary & Service Information

The family of Franklin "Pete" Peterson created this Life Tributes page to make it easy to share your memories.

An extrovert to the Nth degree
Franklin “Pete” Peterson, age...