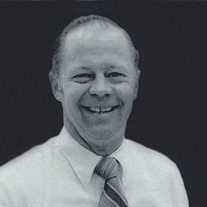 Dwain Paul Mintz, 90, went to his heavenly home Thursday, October 11, 2018 and is now face to face with his Lord and Savior, Jesus Christ. Dwain was born March 1, 1928 in Racine, WI. He was preceded in death by his loving wife Ruth, parents, Paul and Esther Mintz of Rockford, IL., and in-laws, Ole and Rachel Anderson of New Hampton, IA. Dwain is survived by his four children, Gary (Nancy) Mintz of Glendive, MT, Lyn (Mike) Kraft of Menomonie, Joleen (Craig) Smith of Winona, MN, and Kimberly (Joe) Beaudry of Hudson, WI. He is also survived by ten grandchildren, Shannon, Marte, Heidi, Cole, KellyJo, Cory, Jill, Andrea, Becky and Haley and twenty-four great grandchildren. Dwain has one surviving brother, Verlin (Mars) Mintz of Bullhead City, AZ. Dwain was baptized in 1928 at Trinity Lutheran Church in Racine, WI and confirmed in 1942 at St. Paul's Evangelical Church in Rockford, IL. He attended Rockford West High School and graduated from Bethany Lutheran High School in Mankato, MN. Dwain earned a Bachelor's and a Master's degree from Mankato State University, and a Ph.D. from Utah State University. He attended Bethany Lutheran College from 1946-48 where he was an outstanding athlete. Dwain signed a professional baseball contract with the Cardinals and played in the 1947 season with their farm club. He also played in the Dodger organization before returning to Bethany in 1952 as the Vikings baseball and basketball coach. Dwain married the love of his life, Ruth, December 23, 1950. They resided in Mankato, MN where he was a teacher and coached basketball and baseball at Bethany Lutheran College. In 1962 the Mintz family moved to Menomonie, WI where he continued his career as an educator and coach for 27 years. His athletic teams would go on to achieve high levels of success. After retirement, Ruth and Dwain were snowbirds in Ocala, FL where they enjoyed golf, dancing, and spending time with friends. Throughout their lives they found much comfort in their church fellowship and felt the Lord's blessings in their lives. Funeral services will be held at 11:00 AM Wednesday, October 17 at St. Paul's Evangelical Lutheran Church in Menomonie with Pastor Brett Voigt officiating. Visitation will be from 9:00 – 11:00 prior to the service. Burial will be in St. Paul's Lutheran Cemetery. Olson Funeral Home in Menomonie is serving the family. Memorials are suggested to St. Paul's Evangelical Lutheran Church (1100 9th Street, Menomonie, WI 54751) or WELS Christian Aid and Relief or WELS Special Ministry.

Dwain Paul Mintz, 90, went to his heavenly home Thursday, October 11, 2018 and is now face to face with his Lord and Savior, Jesus Christ. Dwain was born March 1, 1928 in Racine, WI. He was preceded in death by his loving wife Ruth, parents,... View Obituary & Service Information

The family of Dwain P. Mintz created this Life Tributes page to make it easy to share your memories.