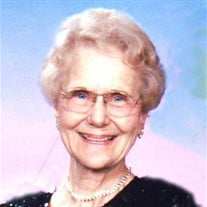 Delores M. Christenson, age 85, of Menomonie, WI was called home to her Lord and Savior on Thursday, January 14, 2016. She passed away at Mayo Clinic Health System in Menomonie. Delores Mathilda Jorgenson was born Feb. 15, 1930 in Montevideo, MN the daughter of George and Mathilda (Axness) Jorgenson. She was baptized and confirmed at St. Petri Lutheran Church. Delores graduated from Montevideo High School in 1947. In the fall of 1947 she attended Minneapolis Business College and then worked as a secretary for Munsinger, Inc. Minneapolis, MN until 1950. She then worked as a secretary for Blake, Moffet & Towne Ins. Agency in Long Beach, CA for a year before returning to Minneapolis where she worked as a secretary for International Milling Co. On May 16, 1953 Delores married Roy Christenson. She then worked at Gillette Children’s Hospital as a secretary for the Director of Nurses until 1954 when daughter Cynthia was born, followed by Timothy in 1957 and David in 1959. In 1960 the family moved to Menomonie, WI where Delores worked as a Nurse’s Aide at Memorial Hospital. After the children were in school she worked at Red Cedar Clinic for a number of years. She also spent nine years working for the Menomonie School System. She then enjoyed working in the nursery at Myrtle Werth Medical Center until she retired in 1986. Delores enjoyed traveling, going for long walks and having coffee with friends. Delores is survived by her husband Roy; her three children, Cindy (Frank) Best, Tim (Deb) Christenson, Dave (Pam) Christenson; six grandchildren, Karen (Nick) Hable, Tim (Rhea) Best, Erik (Anna) Christenson, Annelise (Kyle) Reiter, Rachel Christenson and Mark Christenson; four great-grandchildren, Caleb Hable, Alex Keeton, Jeremiah Keeton and Edison Reiter; her sister Hildegarde Marienau; and also survived by many nieces, nephews, other relatives and friends. Funeral Services will be held at 11:00 a.m. Tuesday, January 19, 2016 at Oak Ridge Lutheran Brethren Church in Menomonie, WI with Pastor Paul Pillman officiating. There will be visitation from 4:00 to 7:00 p.m. Monday at Olson Funeral Home in Menomonie and at the church one hour prior to the service on Tuesday. Burial will be in Evergreen Cemetery in Menomonie. Memorials are suggested to Oak Ridge Lutheran Brethren Church or charity of donor’s choice.

Delores M. Christenson, age 85, of Menomonie, WI was called home to her Lord and Savior on Thursday, January 14, 2016. She passed away at Mayo Clinic Health System in Menomonie. Delores Mathilda Jorgenson was born Feb. 15, 1930 in Montevideo,... View Obituary & Service Information

The family of Delores M. Christenson created this Life Tributes page to make it easy to share your memories.