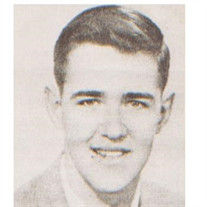 David George Nadler, age 84, of Menomonie died on December 26, 2016 at The Neighbors of Dunn County in Menomonie. Dave was born in Eau Claire, Wisconsin on January 22, 1932 to George and Della (Welke) Nadler. Dave met Mary Lou Falstad at a dance in Chippewa Falls and they were married in 1952. Together they raised 7 children, 13 grandchildren and 21 great-grandchildren. Dave served in the U.S. Army during the Korean War. In 1979, Dave and Mary built a new home on the Red Cedar River, their testament to family and business success. Dave and Mary shared 65 years of marriage. Dave was a lifelong and avid sportsman who first learned to cast a lure into Tainter Lake with his father, George, when Dave was just one year old. Dave’s love for the lakes and his fishing prowess is legendary. Deer, turkey, pheasant and duck hunting were also favored pastimes and Dave enjoyed many, many hours hunting and recounting tales of hunting. Sharing that quest with dad George, sons Dave, Joe, Alan and his grandkids were among the best times in his life. Dave said that friends Dick Ebert and Dale Madsen are the best fishing buddies a guy could ask for and he was grateful for all of the great memories. Dave enjoyed hunting with friends Mack & Vi Mickelson in Gordon, Wisconsin for over 30 great years and he named Camp Morningstar in Southern Iowa as “the most beautiful deer camp ever.” Dave is the author of “On the Trail of the Old Guide”, a personal collection of memories of Eau Claire, West Central Wisconsin and life on the water and in the field. Dave was also a longtime and successful salesman and business owner. He began working for International Harvester (IH) in Eau Claire and later relocated his growing family to Chetek, ultimately becoming an area manager and relocating twice more: to Aberdeen, South Dakota and then to Des Moines, Iowa. Dave knew that an IH Scout was the best truck ever built! After retiring from IH, Dave learned the selling side of commercial building construction with Abild Construction. He and Mary transferred to Menomonie in 1974 to work with the local Butler systems owner and ultimately purchased ownership in that business. Dave retired from Cedar Falls Building Systems in 2002 after selling hundreds of buildings, and it gave him great happiness that his business continues to flourish today with Mark Lewis at the helm. Dave recalled many good friends fondly: Dick & Lynn Ebert, Dale Madsen, Gene Kramer, Joanne & Roger Flaten (Eau Claire), Herb & June Brodt (Chetek), Dick Warner (Chetek), and Joanne & Gene Rehberg (Eau Claire) buoyed his life. Dave is survived by his wife, Mary Nadler of Menomonie; his children: David Lee (Burnadette) of Des Moines, IA, Lisa (Steve) Thompson of Polk City, IA, Joel Nadler of Colfax, Amy (Greg) LaPean of Menomonie, Jean (Sam) Hintzman of Menomonie, and Connie (Bonnie) of Madison; his sister Di Chartrand; 13 grandchildren and 21 great grandchildren; as well as nieces, nephews, other relative and friends. Dave was preceded in death by his parents, sister Joan Becker, and son Alan Scot. A Celebration of Dave’s life will be held at 5:30 p.m. Thursday, December 29, 2016 at Olson Funeral Home in Menomonie with Pastor David L. Nadler officiating. There will be a visitation starting at 4:00 p.m. until the time of services.

David George Nadler, age 84, of Menomonie died on December 26, 2016 at The Neighbors of Dunn County in Menomonie. Dave was born in Eau Claire, Wisconsin on January 22, 1932 to George and Della (Welke) Nadler. Dave met Mary Lou Falstad at a... View Obituary & Service Information

The family of David G. Nadler created this Life Tributes page to make it easy to share your memories.