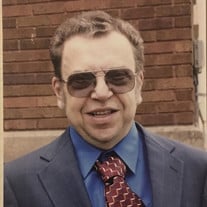 David J. Lee, aged 69, of Menomonie, passed away December 29, 2016 at Luther Hospital. David was born to Adeline (Baker) Lee and Robert E. Lee on December 30, 1946 in Eau Claire. Dave grew up on the family farm in Elk Mound, graduating from Elk Mound High School in 1965. Soon after graduation, he began working for the University of Wisconsin--Stout, retiring in 2006 after 37 years of dedicated service to the University in their custodial services department. Although dedicated to his work, Dave's true dedication was to his family and to his sports. Dave lived with and lovingly cared for his mother, Adeline, for most of her life after his father's (Robert's) passing. He loved to spend time with family, from holiday gatherings to summer vacations. Always passionate about his sports teams and his family, Uncle Dave took his entire family, including grand-nieces and nephews, to a Minnesota Twins baseball game last summer. David was a lover of all sports, but a true fan of the game of baseball. He owned an extensive baseball card collection, and loved to chat with anyone about the players, teams, and the history of the sport. He also loved a good game of cards with friends and family. David is survived by his sister, Judy (Jerry) Skaar of Pardeeville; sister-in-law, Gwen Lee of Eau Claire; nieces, Janice (Bob) Lauer of Grafton, and Rochelle Skaar of Norwalk, CT; nephews, Robert Lee of Walker, MN, Dennis (Linda) Lee of Augusta, Douglas (Jan) Lee of Eau Claire, Randy (Chris) Lee of Augusta, and Richard (Kris) Skaar of Greendale; he is further survived by several grand-nieces and grand-nephews. David was preceded in death by his parents, Adeline and Robert; a brother, Robert Lee, who passed away on December 25, 2016; and a niece, Renee Ades. Funeral services for David J. Lee will be at 11:00 a.m. on Monday, January 2, 2017 at Olson Funeral Home in Menomonie, WI with Dale Freberg officiating. There will be visitation from 9:00 a.m. until the time of the funeral on Monday. Burial will be in Evergreen Cemetery in Elk Mound, WI. The family would like to thank Mayo Clinic Hospice Care, and Dave's many caring friends and neighbors.

The family of David J. Lee created this Life Tributes page to make it easy to share your memories.