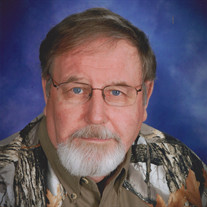 David Richard Kreutzer, age 68, of Menomonie, WI passed away Tuesday, February 20, 2018 at home surrounded by his family. He was born July 6, 1949 in Menomonie, WI to Harold and Lilia (Suckow) Kreutzer. David graduated from Menomonie High School in 1967 and then received a Bachelor of Science Degree in Dairy Science from U.W. River Falls in 1971. David was married 45 years to his best friend and loving wife Marie (Brantner) Kreutzer. They were married July 1, 1972 and to them two sons were born, Wyatt David and Mitchell Wade. He worked on the family farm during his youth and continued the family farm legacy with his wife Marie and their sons. Dave was actively involved in the community. Besides being a successful Registered Holstein dairy farmer, and President of Dunn County Holstein Assoc., he was a Menomonie School Board member for nine years, Little Elk Creek Lutheran Church President for five years and member of Menomonie Lions Club for 29 years being President twice, as well as being involved in many of the other Lions committees. He was honored with the Melvin Jones Fellow and Knight of Sight Fellowship from Lions International. In his free time, Dave enjoyed spending time in the outdoors, especially times at the cabin with dear friends, children, grandchildren and other family. Throughout all of this, he and his bride still found time for themselves to make memories of their own. They felt their greatest achievements were their sons and designing and building their dream home. Dave is survived by his wife Marie; sons, Wyatt (Tracie) Kreutzer and their children Dane and Morgan, Mitchell Kreutzer and his son Taylor, Girlfriend, Nicole and her daughters Kalyn, Kinsley and Hadley; brother Gerald Kreutzer; sisters, Judith Kreutzer and Anita (Bruce) Crosby He was preceded in death by his parents Harold and Lilia Kreutzer and sister-in-law Gloria Kreutzer. A Memorial Service will be held at 11:00 a.m. Friday Mar. 2nd, 2018 at Little Elk Creek Lutheran Church in rural Menomonie, with Rev. Dr. Judy Kincaid officiating. There will be visitation from 4:00 to 7:00 p.m. Thursday at Olson Funeral Home in Menomonie and at the church one hour prior to the service on Friday. Burial will be in Little Elk Creek Cemetery in the spring. In Lieu of flowers memorials can be made to Menomonie Lions Club to continue Dave’s passion for giving back to the community.

The family of David R. Kreutzer created this Life Tributes page to make it easy to share your memories.