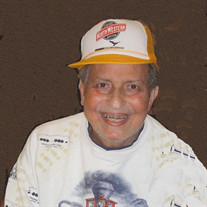 David Robert Fassino was born in Ironwood Michigan on August 27, 1931 to Maria Francesca Bonacci and John Peter Fassino. He graduated from Luther L. Wright High School in Ironwood in 1949 and had participated in the ROTC and music programs. Following attendance at Gogebic Junior College, he enrolled in Northern Michigan College at Marquette, Michigan where he earned Bachelors Degrees in Mathematic’s and Science. He then enrolled in McPhail School of Music in Minneapolis Minnesota where he earned his Bachelor of Music degree. His first teaching position was at Vulcan, Michigan, where he taught music and chemistry. After moving to Menomonie Wisconsin in 1963 he enrolled in University of Wisconsin-Stout to pursue his Masters Degree in Audio Visual Education. David died of complications in Sacred Heart Hospital in Eau Claire Wisconsin on December 7, 2019. He was 88 years of age. Growing up in the ore mining country of Michigan’s Upper Peninsula, he watched the steam locomotives pull many long trains of ore cars through the area, thus creating his life-long passion with trains. He became an avid modeler, creating many HO and O scale model train layouts and was a member of the local model railroad club. During that era, he also became a Green Bay Packers fan, listening to the games on his small tube-powered radio with a long wire antenna that needed to be hung out the window, trying to get a signal. A Michigan Wolverines fan, he never liked the Detroit Lions or Ohio State. He was a Cub Scout, an altar boy, a great tennis player, and his pizzas were legendary. He was a WIAA basketball official and also filmed the football games. During his college years, he played accordion in his brother’s band, which consisted of piano, drums, guitar and sometimes a string base called a thumper. They played in many bars and clubs in the Ironwood-Hurley-Ashland areas. After moving to Menomonie, he became a member of the Ludington Guard Band, playing clarinet for several years. As a science teacher he was fascinated with the space program and was fortunate enough to have a tour of Goddard Space Flight Center where his father-in-law was a physicist in the early space program. In later years he was able to tour Cape Canaveral in Florida and witness two rocket launches. He enjoyed going up to the high school hill in the early evenings and teaching his students and anyone else who wanted to watch how to launch rockets that were loaded with parachutes. Of course, those watching were tasked with retrieving the parachutes with the spaceman attached. While he enjoyed teaching music and conducting the band concerts and the marching bands, the choirs were special. He was the choir director at St. Joseph Catholic Church in Menomonie for many years, and although the choir was small their Christmas Eve and Easter presentations were second to none. But of all these his favorite subject was algebra with chemistry coming in second. He had great recall of the chemical elements and valences and was able to help anyone who struggled with those subjects. He loved being a teacher and took great joy and pride in the accomplishments of his students as they pursued their goals in life. He especially enjoyed the fact that his former students not only remembered him but still called him Mr. Fassino while introducing him to a spouse and children, and sometimes their grandchildren. He married Janet Deane Wilson in St. Peter’s Cathedral in Marquette, Michigan, on June 29, 1957. They were married for 62 years. Together they had four children, Daniel Philip, Janine Rosanne, Barbara Marie and Amy Kathleen, who presented them with seven grandchildren. Daniel’s children, Jeniffer Daniele, and Derek Daniel; Janine and Larry Ranzenberger’s children, Jaclyn Marie and Jessica Lynn (Michael) Birkebil; Barbara and William Midling’s children, Amanda Marie (David) Duran and Michael Anthony; and Amy and Randy Burton’s son, Dale Randy. David is also survived by his wife, Janet, sister-in-law Shirley Ann Fassino, niece Rene Carla Avery and her son Brett Schneider, and nephew John Todd Fassino’s children, Blake Fassino, Shaylyn Lange and Taylor Fassino, and many other relatives. David was a member of St. Joseph Catholic Church, Menomonie Moose Lodge #1584 and Moose Legion#143. He was predeceased by his parents, brother John Nicholas Fassino, nephew John Todd Fassino and daughter, Janine Ranzenberger. A Memorial Service will be held at 11:00 a.m. Friday, Dec. 27, 2019 at St. Joseph’s Catholic Church in Menomonie with Father Amir officiating. There will be visitation at the church from 9:30 a.m. until the time of the service. Following the service at church there will be a Moose Service and lunch at the Moose Lodge in Menomonie. Olson Funeral Home in Menomonie is serving the family. Burial of cremains will be in Park Cemetery in Marquette Michigan at a later date.

David Robert Fassino was born in Ironwood Michigan on August 27, 1931 to Maria Francesca Bonacci and John Peter Fassino. He graduated from Luther L. Wright High School in Ironwood in 1949 and had participated in the ROTC and music programs.... View Obituary & Service Information

The family of David R. Fassino created this Life Tributes page to make it easy to share your memories.

David Robert Fassino was born in Ironwood Michigan on August...