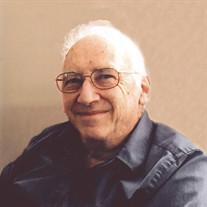 Dallas Arnold Schaefer, age 76, of Menomonie, WI passed away Monday, March 27, 2017 at The Neighbors of Dunn County. Dallas was born August 1, 1940 to A. Benjamin “Ben” and Minnie (Wellstein) Schaefer in the Town of Spring Brook, Dunn Co. WI. He attended Sunny Knoll Grade School and graduated from Menomonie High School in 1958. On March 26, 1966 Dallas married Sharon A. Harrison, daughter of Herbert and Grace (Kent) Harrison, at the Rusk Bethel Baptist Church. Dallas was a dairy farmer all his life until health issues caused him to retire in 2010. He enjoyed deer hunting, bowling, playing basketball and traveling. And most importantly he enjoyed being with his family. Dallas is survived by his wife of 51 years, Sharon; a son Kevin (Tracie); daughter-in-law Carrie; five grandchildren: Savannah, Summer and Dallas Daniel Schaefer, Cassandra and Caylee May Schaefer; one brother Marshall Schaefer; a brother-in-law Paul (Sue) Harrison; a sister-in-law Kathleen (Dave) McClurg; his mother-in-law Grace Harrison; and several nieces, nephews, cousins, other relatives and friends. He was preceded in death by a son, David D. Schaefer (Nov.30, 2015); his parents, Ben and Minnie Schaefer; a sister Marlys Schaefer Prochnow and brother-in-law Ben Prochnow; his father-in-law Herb Harrison and a sister-in-law Janet Schaefer. Funeral services will be held at 11:00 a.m. Saturday, April 1, 2017 at Salem Iron Creek United Methodist Church in the Town of Spring Brook, Dunn Co. WI with Pastor Allen Christensen officiating. There will be visitation from 4:00 to 7:00 p.m. Friday at Olson Funeral Home in Menomonie and at the church one hour prior to the service on Saturday. Burial will be in Salem Iron Creek Cemetery also in the Town of Spring Brook, Dunn Co. WI. A special “Thank You” to The Neighbors of Dunn County “Eastbrook staff” for their loving care, support and concern for Dallas and his family. God Bless You!

The family of Dallas A. Schaefer created this Life Tributes page to make it easy to share your memories.