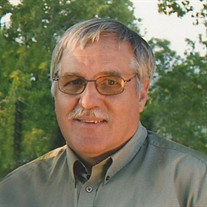 Craig Koser, 66 of Menomonie went to be with his Lord on December 5, 2019. As is normal for him, Craig was volunteering to mark snowmobile trails in Dunn County when a tragic accident occurred. Craig was born December 3, 1953 in Cumberland, WI and grew up in Almena, WI. He attended Barron Area Schools and graduated from Barron High School in 1972. Craig was an excellent athlete and lettered in both wrestling and football for 3 years at Barron High School. Through school, Craig worked in his family business, Koser Silo Company until his college years. Craig received a bachelor’s degree in small engines and also graduated from Chippewa Valley Technical College in Police Science and spent his entire career in Law Enforcement for both Barron and Dunn County. As the lead investigator for Dunn County, Craig was in charge of countless crime investigations and was often called as an expert witness in other county’s prosecutions. He started the Dunn County DARE Program and oversaw it’s success. After his retirement from law enforcement in 2009, Craig was an employee of the Menomonie School District in both maintenance and as a morning and afternoon bus driver. He was an avid sportsman, having competed on many professional Bass Tournament Competition for ABA as well as the Red Cedar Bassmasters. He was a strong member of the Irvington Booster Club and the Hillclimbers Snowmobile Club. He loved to hunt & fish, and totally enjoyed his time outdoors, crafting his own maple syrup, cutting wood and so many different projects. Craig married Lynne Schutts on April 7, 1984 and was a wonderful father for those 35 years to Chad and Calli. He is survived by his wife Lynne of Menomonie, son Chad Schutts (Christina) of Menomonie, daughter Calli (Jenna) of Colfax, grandchildren Channer Schutts (Tia), Brennah Schutts and Marissa Schutts, brothers Mark Koser (Kim) of Eau Claire, Don Koser (Lisa) of Hayward, Brian Koser of Austin, MN and sister, Sheila Harris (Hoadley) Fargo ND, many nieces and nephews, cousins and numerous close friends. He was preceded in death by his father, Ralph and his mother Lillian, of Almena, WI. Funeral services will be held at 11:00 a.m. Tuesday, Dec. 10, 2019 at Christ Lutheran Church in Menomonie, with Pastor Randy Skow-Anderson officiating. There will be visitation from 4:00 p.m. to 7:00 p.m. Monday with a Time of Sharing at 7:00 p.m. at Olson Funeral Home in Menomonie. There will also be visitation at the church one hour prior to the service on Tuesday. Burial will be in Christ Lutheran Halvorson Cemetery in Menomonie.

Craig Koser, 66 of Menomonie went to be with his Lord on December 5, 2019. As is normal for him, Craig was volunteering to mark snowmobile trails in Dunn County when a tragic accident occurred. Craig was born December 3, 1953 in Cumberland,... View Obituary & Service Information

The family of Craig S. Koser created this Life Tributes page to make it easy to share your memories.

Craig Koser, 66 of Menomonie went to be with his Lord on December...