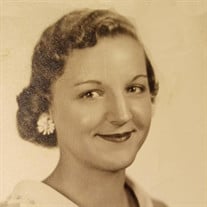 Charlotte G. Stelling, age 83, of Colfax, WI. passed away peacefully in her home surrounded by family on August 20th, 2021. She was born on January 20th, 1938 to William and Emma Pechacek in Hager City, WI. in their home. Charlotte grew up and attended school in Prescott, WI. She attended school until 12th grade and would have graduated in 1957. Charlotte married Rollie on June 24th, 1959 and together shared 62 years of marriage. They raised their children on their farm in Prescott, WI. They had two Sons David and Ricky. Charlotte worked many years as a caretaker at the St. Croix Dale nursing home. She also worked many years at the Red Wing Shoe Factory. Later they moved to Hager City, WI. where they raised their daughter Theresa. After moving to Hager City Charlotte worked for the county as a caretaker for adults with disabilities. After their retirement they moved to Menomonie, WI. Charlotte loved spending time with her Granddaughter Mariah and attending as many school and sporting events as possible. She also loved cooking and baking. Charlotte was loved by so many. She was always willing to help friends, family, and even strangers. She took in many, who needed a home or help getting back on to their feet. Most of whom later became long time family friends, she will forever be remembered for her kind heart and generosity. Charlotte is survived by her three children David, Ricky, and Theresa and one Granddaughter Mariah, who was the light of her life. Charlotte is also survived by her siblings Isabel “Ike” (Bob) Brenner, Pauline “Polly” (Joseph) Lubich, William “Bill” (Barbara) Pechacek, Dennis (Caroline) Pechacek, Sharon (Lawrence) Berning, Debra (William) Stark, Calvin (Linda) Pechacek, and Sheila (Kenneth) Dicke. She is further survived by many nieces, nephews, cousins and friends. She is preceded in death by her husband Rollie and her parents William and Emma Pechacek. A Memorial Service will be held at 4:00 p.m. Thursday, Aug. 26, 2021, at Olson Funeral Home in Menomonie, WI with Teresa Pejsa officiating. There will be visitation at the funeral home from 2:00 p.m. until the time of the service.

Charlotte G. Stelling, age 83, of Colfax, WI. passed away peacefully in her home surrounded by family on August 20th, 2021. She was born on January 20th, 1938 to William and Emma Pechacek in Hager City, WI. in their home. Charlotte grew up and... View Obituary & Service Information

The family of Charlotte G. Stelling created this Life Tributes page to make it easy to share your memories.