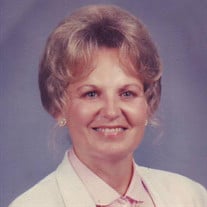 Carol Ann Smith, age 71, of Colfax, WI passed away Friday, March 18, 2016 at home surrounded by her family. The former Carol Ann Johnson was born Jan. 13 1945 in Eau Claire, WI to Edward and Gladys (Nelson) Johnson. She was raised in Menomonie and graduated from Menomonie High School. On July 29, 1961 Carol married Alan K. Smith in Menomonie. They have resided in the Menomonie area all of their lives. Carol worked as a waitress until 1976 when she went to work at 3-M where she later retired. Carol was an animal lover, enjoyed doing yard work, and was a NASCAR fan as well as a Packer fan. She also loved spending time with family and spending time at the cabin on Lake Holcombe. She was a very giving person and loved helping family or friends. She will be sadly missed. Carol is survived by her husband, Alan; her children, Troy (Laura) Smith, Lisa (Tim) Wolfe and LeAnn (Jeff) Coss; grandchildren, Alyssa (Justin) Smith, Trista (Brian) Brantner, Stephanie Rice-Smith, Zachery and Jessica Wolfe, Austin, Colton, Broden and Dawson Coss; great-grandchildren, Braydon, Tayden, A.J. and Harrlow; her brother, Rodney (Sandy) Johnson; a nephew Jason (Elisha) Stone; three nieces, Nikki (Jim) Davis, Carla Peterson and Julie Books; as well as other relatives and friends. She was preceded in death by her parents, Edward and Gladys Johnson; daughters, Brenda and Lynette; and a sister, Eunice Peterson. Funeral services will be held at 3:00 p.m. Wednesday, March 23, 2016 at Our Saviors Lutheran Church in Menomonie, with Pastoral Assistant Sarah Miller officiating. There will be visitation at the church one hour prior to the service on Wednesday. Olson Funeral Home in Menomonie is serving the family.

The family of Carol Ann Smith created this Life Tributes page to make it easy to share your memories.