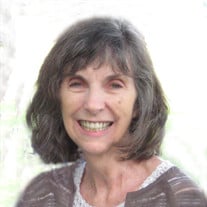 Carol Ann Follis of Menomonie, WI and formerly of Rochester, MN, was born on July 19, 1943 and went home to be with her Lord on March 24, 2017 after a five year battle with Alzheimer’s. The disease especially manifested itself in the past six months. Carol trusted Jesus Christ as her personal Savior when she was in her late teens and loved and served Him ever since. She was a loving wife, mother, grandmother and a devoted friend to many. Carol was graduated from Chesterton High School, Chesterton, IN in 1961 and then attended Moody Bible Institute in Chicago, IL. Carol married Gene Follis August 10, 1963, in Chesterton, IN and they enjoyed 53 years together. Carol was so very supportive of Gene, as he pastored four churches in various parts of the country; ministering along his side in visitation, Bible studies, and Sunday school teaching. A homemaker for much of her life, she worked in banking in later years before her retirement in 2004. She loved flower gardening and handiwork, gracing their home with many of her beautiful treasures. Carol will be remembered for her ready smile, gracious and encouraging spirit, and helping hand. Carol is survived by her husband, Gene, three children, Todd (Kelly) Follis of Stillwater, MN, Heather (Jay) Jerdee of Rochester, MN, Stacy (Kyle) Wiens of Menomonie, WI; eight grandchildren: Sayer, Sheridan, Sterling, and Sonya Follis, Keegan and Aidan Jerdee, Katarina and Annaka Wiens; brother, John Carpenter, of South Bend, IN, sister-in-law Karolyn Carpenter of South Bend, IN, brother-in-law, Roane (Judy) Follis of Valparaiso, IN; and nieces and nephews. Carol was preceded in death by her father and mother, Ralph and Ramona Carpenter, a brother, James Carpenter, and a little sister, Janice Carpenter, who died at age eight. The memorial service for Carol Follis will be at 11:00 AM on Wednesday, March 29, at Menomonie Alliance Church in Menomonie, WI, with Gene Follis, Carol’s husband, officiating. Visitation will precede the service at 10 AM and following the service a lunch will be served at the church. Memorials are suggested to Menomonie Alliance Church of Menomonie, WI or Calvary Evangelical Free Church of Rochester, MN.

Carol Ann Follis of Menomonie, WI and formerly of Rochester, MN, was born on July 19, 1943 and went home to be with her Lord on March 24, 2017 after a five year battle with Alzheimer&#8217;s. The disease especially manifested itself in the... View Obituary & Service Information

The family of Carol A. Follis created this Life Tributes page to make it easy to share your memories.

Carol Ann Follis of Menomonie, WI and formerly of Rochester,...