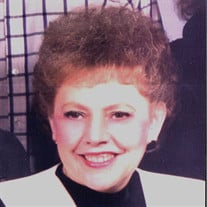 Arleen M. Bryan, age 77, of Sturgeon Bay, WI formerly of Menomonie, passed away Wednesday, October 26, 2016 at her home. Arleen Marie Bryan was born July 8, 1939 to Louis and Marion (Schaefer) Harnisch in Menomonie, Wisconsin. She grew up on the family farm in the town of Spring Brook in Dunn Country attending Shady Lawn School and graduating from Menomonie High School. She later attended Chippewa Valley and NEW Technical Colleges. Arleen married Ron Bryan June 5, 1965 and they raised three children, Debra, Dennis and Scott. She was always busy. As a young girl she would always help her dad with the field work- he always called her his ‘hired man’. When she was fifteen, she began giving music lessons, having as many as 125 students per week. The day after graduating from High School, she began working as a secretary for Supt. Will Ballentine. She then worked as Office Manager at Sandy Lee Mfg. Co. After marrying Ron, Arleen began working for the City of Menomonie serving as City Treasurer, City Assessor and City Health Officer- staying 23 years. While City Treasurer, she wrote the training manual for the State of Wisconsin ending as President her final year. During this time she taught City and Town Treasurer’s throughout West Central Wisconsin thru the Vocational School System. She was a member of the National Treasurer’s Association and gave presentations at their conventions. Ron was a Rural Mail Carrier at this time, and Arleen served the Auxiliary as a local officer as well as President of the State unit. She went on to serve on the National Board as well, traveling all over the country to the various state conventions. Arleen and Ron had a vast collection of Jim Beam bottles and she served as an officer of the Indianhead Jim Beam Club. Later, she became an officer on the International Office of Jim Beam Bottle and Specialties Clubs and again traveled all over the United States. During her time on that Board, she was Chairman of their National Charity contest for two years, raising more than $100,000 each year for various organizations. After leaving the City Treasurer position, Arleen and Ron owned and operated the Knapp House Supper Club for nine years. She loved decorating and had many Christmas trees- numbering 23 trees several years. She was a member of the Knapp Lions Club, served on the Knapp Community Development Committee, Sam’s Club Advisory Board, 4-H Club project leader and music director and was a Sunday School Teacher. She also owned B&D Assoc. Assessment Specialists. After leaving the Knapp House, Arleen was route driver for the Leader-Telegram until going to work for Wal-Mart. She worked at Wal-Mart for 10 years, finally retiring in December, 2014 at the tender age of 75 years and 6 months. She enjoyed working with the public. Arleen loved to dance in her younger days, play her accordion, play cards and travel- especially to Colorado and Utah and the National Parks. One of her biggest thrills was when she and Ron took their grandchildren on these trips. Arleen is survived by her loving husband Ron, daughter Debra (Steven) Lemke of Chippewa Falls, and son Scott (Sarah) Bryan of Sturgeon Bay. Grandchildren Jill Bryan (Ian) Miller, Kohl Lemke, Spenser Bryan and Joey Bryan. Step grandchild Samantha Lemke. Arleen’s adorable great grandchild Hazel Marie Miller. Brothers, Lloyd (Ruthann) Harnisch and DeWayne (Darlene) Harnisch, both of Menomonie. Brothers-in-law Doug Holzhueter and Junior (JoAnn) Bryan, and sisters-in-law Elnora Pearson and Darlene Bryan along with foster children, Peggy and Rita Knops (DeLong) and Jeffrey and Terry Pierce as well as many nieces and nephews. Arleen was preceded in death by her beloved son, Dennis and parents, Louis and Marion Harnisch and Darrel and Clara Bryan, as well as her sister, Joyce Holzhueter and brothers-in-law Lyman and Clarence Bryan and Oscar Pearson and sister-in-law Ann Bryan. Also nephews, Tommy Bryan and Dakota Harnisch and nieces Christine Bryan and Kendra Reinhart. There will be visitation from 4:00 to 7:00 p.m. on Wednesday, Nov. 2, 2016 at Olson Funeral Home in Menomonie.

The family of Arleen M. Bryan created this Life Tributes page to make it easy to share your memories.