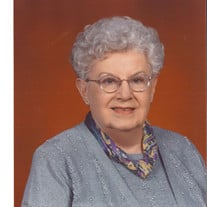 Ardella A. Knutson, age 88, of Menomonie, WI passed away peacefully on Wednesday, March 8, 2017 at The Neighbors of Dunn County in Menomonie. She was born Sept. 1, 1928 in Milwaukee, WI to Ernest and Alice (Bemke) Keener. Ardella grew up and attended school in Milwaukee. In 1947, her family moved to the Downing, WI area. She met Wallace Knutson and they were married on July 29, 1950 at the Holden Lutheran Church in rural Colfax, WI. Three children were born to this union, Allen, Cheryle and Mark. Wally’s position with the State Patrol took them to Madison, WI in 1957 and back to Menomonie in 1964. Ardella was an active homemaker and worked part time at the Maple Island Dairy Store. Eventually Ardella and Mary Fredrickson purchased the store, which became F & K Dairy Store. In the mid 80’s the store was sold and Ardella then worked at Pamida. In the late 80’s Ardella and Wally sold their home and purchased a fifth wheel trailer and traveled throughout the U.S. They enjoyed traveling to Montana to see their daughter, son-in-law and grandkids. Ardella also enjoyed playing Bingo at the Moose Lodge on Thursday nights, especially when she beat Wally. She loved to sew, watch game shows on T.V. and cheer for the Packers and Brewers. Most importantly she loved her family and enjoyed watching her grandkids grow up. She will be sadly missed. Ardella is survived by her children, Allen of Madison, Cheryle (Gregg) Sorenson of Big Fork MT, Mark of Menomonie; nine grandchildren, Chad, Josh (fiancé Jen), Melissa (Jessie), Nicole, Andrea, Ryan, Danielle, Jordan (fiancé Nick), and Heather; seven great-grandchildren; her brother Dick Keener of Milwaukee, WI; three sisters-in-law, Arlene Lund of Eau Claire, Patricia Knutson of Colfax and Marion Knutson of Colfax. She is also survived by many nieces, nephews, cousins and other relatives and friends. She was preceded in death by her husband, Wallace Knutson; her parents, Ernest and Alice Keener; brothers, David and Donald Keener; brothers-in-law, Morgan, Malcolm, Alton, Julian, Curtis and LeRoy Knutson and Edward Lund. A Memorial Service will be held at 1:00 p.m. Friday, March 17, 2017 at Olson Funeral Home in Menomonie, with Pastor Don Wisner officiating. There will be visitation at the funeral home one hour prior to the service. Burial will be in Holden Lutheran Cemetery in the Town of Grant, Dunn Co. WI.

Ardella A. Knutson, age 88, of Menomonie, WI passed away peacefully on Wednesday, March 8, 2017 at The Neighbors of Dunn County in Menomonie. She was born Sept. 1, 1928 in Milwaukee, WI to Ernest and Alice (Bemke) Keener. Ardella grew up and... View Obituary & Service Information

The family of Ardella A. Knutson created this Life Tributes page to make it easy to share your memories.

Ardella A. Knutson, age 88, of Menomonie, WI passed away peacefully...